The first show of the 2016 summer concert season at Brewery Ommegang will feature Lake Street Dive with very special guests Sharon Jones and the Dap Kings. The former seamlessly incorporates R&B, pop, ’60s era rock and soul into a unique dance party ready mix on their major label debut, Side Pony, available Friday, February 19th on Nonesuch Records. The latter has traveled the world for more than a decade, blowing minds with their explosive live performances and their raw, hand-crafted studio recordings earning a Grammy nomination in the meantime. As always attendees will delight in the Ommegang concert experience pairing music and craft beer in a perfectly intimate venue under the stars. On-site camping will be available for the first 1000 to purchase camping passes with a general admission ticket. In addition to great beer there will be plenty of reasonably priced local food options on site. Additional information available at dansmallspresents.com.

While other artists have ridden the waves of passing fads, Sharon Jones & the Dap-Kings have bypassed the hype-and-hit superhighway and taken a detour straight to the hearts of their listeners, delivering a visceral rhythm and soul sound to an ever-expanding fan base. The band has traveled the world for more than a decade, blowing minds with their explosive live performances and their raw, hand-crafted studio recordings. The prolific survivor that she is, Sharon Jones has fully recovered from a 2013 cancer diagnosis and bounced back with one biggest years of her career in 2014 capped off by a Grammy nomination for her album, Give the People What They Want.

Side Pony, recorded in the winter of 2015, has an exhilarating feel from start to finish. For listeners familiar with Lake Street Dive, it’s a natural evolution of the band’s sound. The arrangements offer a knowing nod to the past while the lyrics tackle the pitfalls of modern romance in a manner that’s often more playful than rueful. And lead singer Rachael Price’s vocals have a teasing swagger to them. Neither her heart nor her hairstyle will be messed with.

A side pony, for Lake Street Dive, is really a metaphor for their philosophy and personality as a band, one that seamlessly incorporates R&B, pop, ’60s era rock, and soul into a unique, dance party ready mix. As bassist Bridget Kearney puts it, “When we were settling on the album title, that one just stuck out to us as embodying the band’s spirit. We’ve always been this somewhat uncategorizable, weird, outlying genre less band. That’s the statement we wanted to make with this record: be yourself.”

The members of Lake Street Dive—named after an avenue of seedy bars in guitarist and trumpeter Michael “McDuck” Olson’s native Minneapolis—met in 2004 as students at Boston’s New England Conservatory of Music. Powerhouse singer Price fronts the quartet while Kearney and drummer Michael Calabrese comprise the rhythm section. 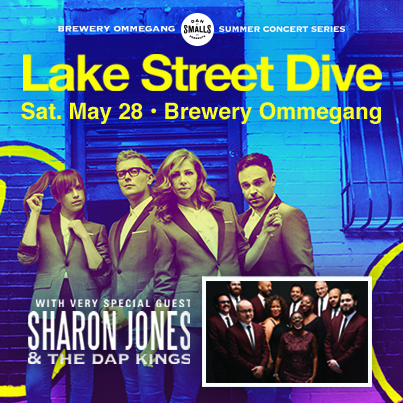