New Belgium’s Tour de Fat Returns to Boise on August 15 for a Day of Bikes, Beer and Bon Vivants

Tour de Fat, a daylong festival in the park that celebrates the bicycle, showcases New Belgium beers and provides eclectic and engaging entertainment for all. It’s a free event, but all proceeds from beer sales go to local nonprofits. In Boise, the benefiting nonprofits are Southwest Idaho Mountain Biking Association, Treasure Valley Cycling Alliance and Boise Bike Project. Tour de Fat raised more than $600,000 for nonprofit organizations in 2014 alone.

The events kick off in Ann Morrison Park and the eclectic entertainment takes over, with national musical acts to yo-yo performers, touring comedy groups, artistic ensembles, bike contests and even vaudeville acts. You won’t want to miss the 1,000 Person Dance Contest either – there’s a wide variety of games and activities for everyone to enjoy! 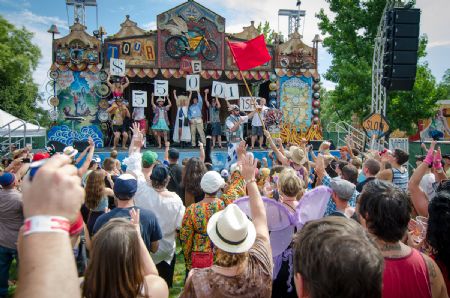