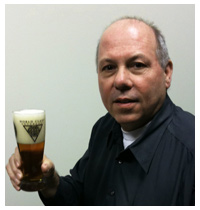 Brewbound is pleased to announce that Jim Schembre, the National General Manager of World Class Beer, will join the Brewbound Craft Beer Session on June 5, 2012.

Schembre will discuss the ongoing evolution of the relationship between craft brewers and their wholesalers, paying specific attention to the role that multistate distributor organizations like World Class Beer can play in brand-building.

World Class Beer is a network of independent, craft-oriented beer wholesalers located in more than 20 states. It was developed with the intent of creating a national selling system with a specific focus on craft brands.

Schembre, the former COO of Monarch Beverage Co. in Indiana, started the World Class Beer network in 2002 to satisfy what he saw as a long-held need within the wholesaler community: an educated, consumer-focused distribution space for “beer passionate” wholesalers who were eager to promote craft beer.

As Schembre can attest, figuring out the distribution game can be challenging for any startup craft brewer, particularly as they attempt to enter new markets. As the World Class Beer network has grown, he has accumulated market-specific knowledge of the craft beer landscape to buttress the insights acquired from a lifetime in the beer business. His presentation will be a valuable source of information to companies wishing to grow in their own region and to expand into others.

The Brewbound Session will be held on June 5th at the Metropolitan Pavilion, a meeting and event space at 125 W. 18th Street in Manhattan. The event is co-located with BevNET Live, a two-day forum for beverage entrepreneurs, suppliers, distributors, retailers and investors.

A third-generation beer wholesaler, Jim Schembre started World Class Beer in 2002 as part of an attempt by Monarch Beverage of Indianapolis to increase its returns in the craft and specialty import sales in the state of Indiana. Nine years later, the company has developed a selling system for the category that fits with all sizes of wholesalers.

World Class Beer is now going outside Indiana to work with wholesalers just getting into the craft category. The ideal is that as a united group, can solidify the consumer and have strength at retail. This benefits the consumers, retailers, suppliers, and wholesalers. The company was selected as the first Craft Distributor of the year in 2007. World class beer already has affiliated in 25 states and plans to be national by the end of 2012.

Schembre, a director of Rogue Brewery, has been actively working with the NBWA to improve opportunities with other wholesalers on how to handle the craft segment, primarily though through the web. He has also worked closely with the Brewers Association, helping to develop the ‘Specialty Beer Wholesalers’ panel to help build stronger relationships between brewers and wholesalers.

Schembre was born in Kokomo, Indiana in 1952. He attended Indiana University and in 1972 he married Lecia Loving. They have two children, and two grandchildren.