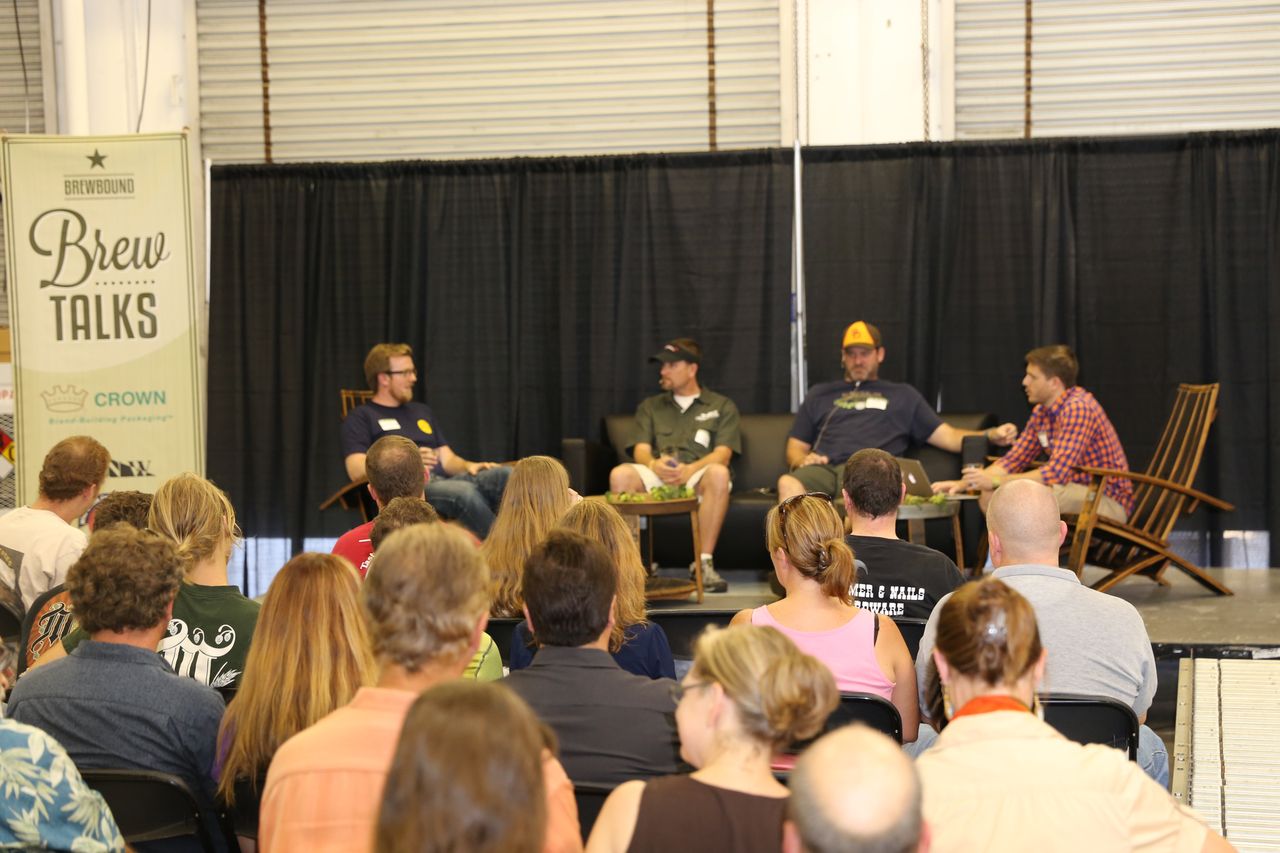 In the first panel, DeWitt said that when starting a brewery, approximate how much money you think you’ll need and then add some. He said that he often didn’t have enough resources when he needed it.

McKean said that he was surprised when investors found more risk when he asked for less. He’s funded more than $1 million for his new brewery, but he said that investors thought he should be seeking closer to $10 million. He also said that the savvier investors weren’t so concerned with his sales projections.

“They were far more interested in my ability to manage a business,” McKean said. “Like a generic business rather than a brewery.”

Bagby shared a different kind of advice. Even after winning several awards for his brews, he tries to be realistic.

“There’s no one out there that’s going to care as much about your brewery and it getting open than you,” Bagby said. “And as soon as you realize that, you realize that that relates to every single thing that you’re doing.”

In the second panel, Arthur, Heath and Nickel agreed that there’s still more room for quality craft beers to grow in San Diego, despite the rapidly growing number of breweries and pubs.

The panel agreed that, even in San Diego, the more good beer available, the merrier — because it raises awareness for craft beer and can help increase craft’s market share.

There aren’t many cities where the “too much craft” question can be raised, but San Diego is one of them, standing out even among other bigger California cities because so many of its brands are home-grown.

And that’s a big contrast with a much larger city about 120 miles north. Los Angeles, Heath said, was an afterthought for Stone Distributing when he had started working there five years ago. But times are changing, even in L.A., it appears. Stone recently decided to focus on that market — and, he said, the wholesaler has added about 2,000 different points of distribution in Los Angeles alone. He also said that once big restaurant chains in that city start catching onto the craft bandwagon, it will become even greater.

In other words, while every craft brewer in San Diego aims for that local feel, nothing is local in Los Angeles, according to Heath. But, he added, that is changing: while Southern California used to have heavy demand exclusively on the coast, in places like Beverly Hills, Santa Monica and Long Beach, now craft beer sells strongly inland, in towns like Pasadena and West Hollywood.

Southern California: a microcosm for the country’s expanding craft footprint — and one that will be explored even more tonight, when Brew Talks move up to L.A.’s Golden Road Brewing.