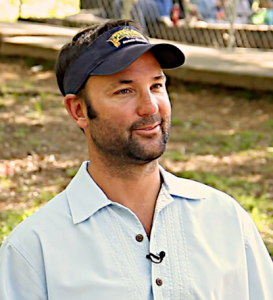 Brewbound will travel to Atlanta next Monday, Feb. 24, to host Brew Talks, a free educational and networking meetup for beer industry professionals.

The event, which will be hosted at SweetWater Brewing Company, will feature two panel discussions on the business of craft beer.

Bensch and Guender will make the case for the regional brewery approach and discuss how SweetWater has built a strong flagship brand, 420 Pale Ale, while still balancing its sales with a diverse portfolio of seasonal and limited releases.

A second discussion on the retail environment for craft beer in Georgia will feature local distributors and craft brewery sales managers. Those featured panelists will be announced in the coming days.

Brew Talks is a FREE, traveling meetup series that aims to provide craft brewers with access to valuable insight into the branding, marketing and distribution of craft beer. Brewbound will also make stops in Durham, North Carolina and Lexington, Virginia during the week-long tour.

Sponsored by Crown Beverage Packaging and VicinityBrew, the first Brew Talks will be held at SweetWater Brewing, located at 195 Ottley Drive in Atlanta. The free event will begin at 5 P.M. EST.

Launched in 2013, Brew Talks are designed to provide craft brewers, distributors and retailers the opportunity to come together in beer friendly locales and have in-depth discussions on the business side of craft beer. All Brew Talks events are also broadcast globally via a free live stream.