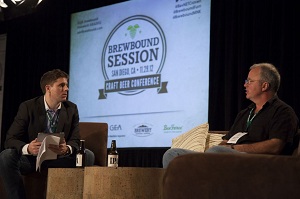 Brewbound will travel to Chicago next Tuesday, Sept. 23, to host Brew Talks, an educational and networking meetup for beer industry professionals.

The event, which will be hosted at the Lagunitas Brewery taproom, will feature a special, 1-on-1 conversation with Lagunitas founder, Tony Magee.

Brewbound editor Chris Furnari will sit down with Magee to discuss a variety of beer industry trends, including the challenges of building secondary brewing facilities and the growth of IPAs, among other topics.

Designed to provide brewers, distributors and retailers with an intimate opportunity to network and learn the business of beer in craft-friendly locales, Brew Talks Chicago will also offer attendees two discussions on the marketing and distribution strategies of successful beer brands.