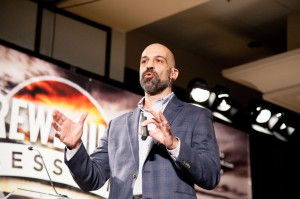 Twenty by ’20 no doubt has a nice ring to it. In these parts, those figures are self-explanatory. But just in case you’ve had your head buried in the mash for a while, the mirroring numbers refer to the goal, as oft repeated by the Brewers Association, for craft to own 20 percent of the overall beer market by the year 2020.

At last week’s Brewbound Session in San Diego, Calif., Craft Brew Alliance CEO Andy Thomas implored the industry, which was well-represented in the audience, to instead think about the future, as he does, in terms of barrels. Specifically, Thomas spoke about growing craft, which he defines more broadly than the BA’s official definition by including a number of “crafty” brands, to 50 million barrels, more than doubling the segment as it looks now.

His opening remarks on the day loomed over the proceeding panels as industry heavyweights opined on what the landscape might look like at 50 million barrels and how things might change along the way, touching on everything from shrinking margins to exit strategies.

“What could possibly go wrong?” asked Thomas, before launching into an explanation of what he called “the margin dilemma of tomorrow.”

For small, local, and draft only brewers, he explained, margins are massive. But small and local “ain’t gonna cut it,” in the march toward 50 million barrels; 90 percent of breweries produce fewer than 7,500 barrels, with an average output of 864, he said. “If the number of breweries under 7,500 barrels doubled and if the output of the existing barrels doubled, that’s still only going to be 4 million barrels of beer.”

But there are some issues associated with being a larger, more regional player, he said.

The cost of packaging goes up, the tax rate increases, discounting becomes more of a factor, there’s a need to invest in warehousing freight, and wholesalers become an integral part of the operation, said Thomas. All told, brewers are left with much smaller profit margins.

“Tomorrow’s reality for us, as we go to 50 million barrels, is more expensive for us,” he said. “I’ve got less money in my pocket and I need to spend more.” 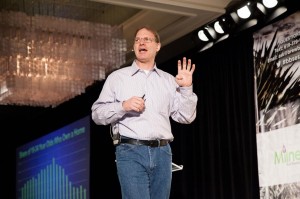 Lester Jones, chief economist for the National Beer Wholesalers Association, highlighted a few different challenges facing the industry over the next five years.

He said it will be critical to maintain a share of both wallet and mind amongst consumers, not just as the craft beer category continues to grow itself, but also as lines blur between beer, wine, and spirits.

“How do you operate in a marketplace that is so crowded with all kinds of consumer goods?” he asked. “The small brewers bumping up against each other are going to look to broaden their perspective. They’re opening distilleries, they’re opening taprooms, they’re opening concert venues. They’re becoming, not these core brewers we had in the 1850s…but something different, something broader.”

Part of maintaining that share of wallet and mind, said David Walker, founder of Firestone Walker, is not just being a trendsetter, but leaning into consumer driven movements. Case in point: session beers.

“We know how incredibly difficult it is to be relevant,” he said. “We all love drinking big, two-fisted American IPAs, but, you know, there’s a lot of people who don’t. As much as we sort of ignore it want to thump them on the head and say, ‘drink this,’ they don’t.”

“So we have to, to a certain extent, move their way. That doesn’t mean all of a sudden we start making light lagers. But we need to sort of satisfy what they’re looking for. Session beers have been the big story of the last two years. Those are just completely leaning into that solution. And we’ll do the same.”

Walker returned to the theme of staying relevant a number of times. Nevertheless, he remains unfazed by the amount of new breweries coming to market (the BA’s recent year in review report notes that breweries are now opening at a clip of 1.5 per day and there are more than 2,000 in planning). 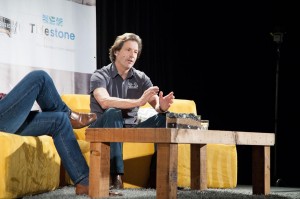 Of course, how you prepare the future and the challenges that lie ahead depends entirely on you are. For instance, Walker seemed uninterested in the idea of building out an east coast facility. On the other end of the spectrum, Green Flash, another California stalwart, is in the process of launching a brewery in Virginia Beach.

“Whether it’s this 50 million barrel mark, or whatever people are talking about where the market can go, we think it’s just going to get more and more and more competitive,” said Mike Hinkley, Green Flash co-founder. “We think we can be a national specialty brewer… so we thought it best to go down the national specialty market first and then later roll out in more of a regional way.”

It’s a direct affront to the tried and true strategy of going deep rather than wide, though it’s certainly working for Green Flash; the company will push the 70,000-barrel threshold this year, and recently got involved in the acquisition game buying Alpine Beer Co. There are, however, some unique challenges that come with going against the grain.

“Why do we go to, say, Wyoming, or Nebraska, where we sell very little beer?” Hinkley questioned, rhetorically. “We open those markets the same way we do New York City. We do a lot of research, we go, we visit the retailers. Even though we realize we’re not going to sell a lot of beer there, we consider it an investment in the future.”

To prepare for that, co-founder Lisa Hinkley explained, the company is working to build its brand on a face-to-face level in all of its markets (Green Flash is sold in all 50 states). 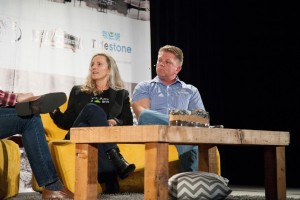 Finally, to talk endgame, how all these strategies can potentially coalesce down the road, John McDonald, founder of Boulevard Brewing, opened up a bit about the deal that saw his company bought out by Belgian brewer Duvel Moortgat just over a year ago.

“To take the brewery to the next level, we needed a lot of things,” explained McDonald. “To be honest, growing the brewery over the 25 years, I had become somewhat disengaged a bit and had other interests. I really felt to do the right thing for the brewery, I needed to do something… I realized that I was a little bit a part of the problem to keep going and growing.”

Before ultimately selling to Duvel, though, there were other options on the table, including selling to MillerCoors, ESOPs and family offices, said McDonald.

“I met some interesting family offices,” he said. “We talked to quite a few of them. There was one in particular that was very interested. We probably would’ve done something with them had the Duvel thing not worked out.”

“We talked to particularly MillerCoors,” he added. “It just wasn’t the right fit for us.”

It worked out, though, as McDonald explained how Duvel had been one of his favorite breweries since before founding Boulevard.

But for all the strategizing and forecasting that goes into running a brewery, getting in and getting out can be as simple as an impulse, according to McDonald.