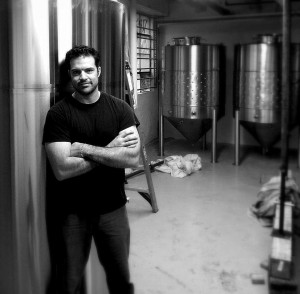 In a trio of discussions that will illuminate the breadth of strategy types currently thriving in the craft beer marketplace, the May 29 Brewbound Session will feature emerging Boston-area brewers J.C. Tetreault of Trillium Brewing, Sam Hendler of Jack’s Abby Brewing and Chris Lohring of Notch Brewing for conversations that will drill into their specific business models and plans for growth.

Just one year removed from opening the doors to Boston’s Trillium Brewing, Tetreault has quickly amassed a following of passionate local consumers who line up regularly for specialty bottle releases and growler fills. Trillium’s reputation extends far beyond Boston — the brewery was voted as one of the best in the country by a cohort of beer drinkers on RateBeer.com and has received national media notices — but its tiny space means that hard choices are coming for Tetreault.

At the same time, in Framingham, Mass., Sam Hendler, along with brothers Jack and Eric Hendler, has helped to quickly scale one of New England’s fastest growing regional beer brands – Jack’s Abby. The all-lager beer company has also been featured in the national spotlight, taking home awards from both the Great American Beer Festival and the World Beer Cup. Focusing on lagers has given the brand a strong base — but what is the next step?

Meanwhile, longtime Boston-area brewer, Chris Lohring, launched himself to the forefront of America’s session beer movement since starting his company, Notch American Session Beer, in 2010. Lohring has successfully scaled the low-alcohol beer brand through a collection of three contract brewing partnerships in New England, and helped to build a cadre of session beer drinkers in the process. But at a time when low-alcohol beers are starting to catch on, he will have to scale quickly to take advantage of a national trend in order to build beyond his home region. 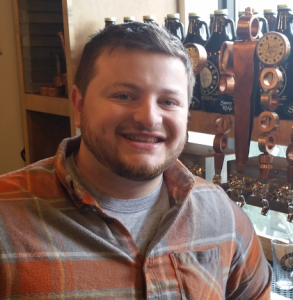 Together, the three companies exemplify three types of aspirational business models – urban, regional and national – being launched all around the country by a swath of entrepreneurs, each day. At the Brewbound Session, which is being held at the Revere Hotel in downtown Boston, Tetreault, Hendler and Lohring will discuss their strategies for building well-regarded craft brands, highlighting the challenges each business model will face as the category evolves.

The Brewbound Session, which will take place on May 29 at the Revere Hotel in downtown Boston, is a full-day conference for beer industry professionals. The event focuses on the strategic marketing, brand building and business development issues that most directly impact craft brewers. A variety of distribution, retail, investment and branding discussions are offered.

Brewbound Session attendees will have multiple opportunities to engage speakers, both during the moderated portions of the program and also during structured networking and sampling breaks.

Sponsorship and exhibiting opportunities are available. To learn more or for questions regarding registration, please contact Mike Vassallo at mvassallo@bevnet.com or by phone at 617-231-8827 to learn more.

J.C. Tetreault is the founder and co-owner of Trillium Brewing, located in the Fort Point Channel neighborhood of Boston, Massachusetts. J.C. and his wife Esther created Trillium to realize their dream of bringing creative and flavorful beers to the people of New England. These beers are what J.C. and Esther envision might have been made today, if a centuries old beer culture had naturally evolved in New England. To achieve this vision, Trillium stands its craft beers on the shoulders of native ingredients and artisan practices, balancing them with modern-day expertise.

Sam Hendler, along with his brothers Jack and Eric, is a co-owner of Jack’s Abby Brewing. Sam is Director of Sales for Jack’s Abby and has overseen sales growth from 2,500 bbl in 2012, to 6,000 bbl in 2013, to a projected 15,000 bbl in 2014. Sam left the University of Vermont before graduating to start the brewery and had no previous experience in the industry. He has learned all of his lessons on the job, mostly thanks to a few mistakes made along the way. 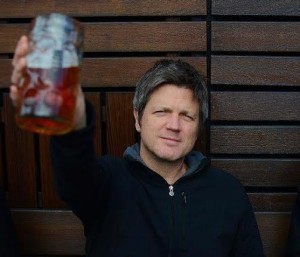 Chris Lohring is a Massachusetts-based brewer who has been in the brewing industry since 1993. He holds a degree in Entrepreneurship from Northeastern University and attended the Siebel Institute of Technology. He co-founder Boston’s Tremont Brewery in 1994, growing the brewery to the second largest in Massachusetts in only four years. He founded Notch Brewing in 2010 as the first U.S. brewery devoted to brewing only session beers (beers lower than 4.5% ABV). He is currently on the board of the Massachusetts Brewers Guild.