Each of Seedstock’s pilsners – the Northern Bohemian Pilsner and the flagship Czech Pilsner – will be just $4. Seedstock has also created a special t-shirt for the occasion. Those who buy a shirt will get a free pilsner.

Seedstock Brewery, known for its traditional style of beers and does have an IPA on draft, wanted to create a fun, light-hearted event that highlights its mantra – just because it’s “clear”, doesn’t meant it ain’t craft.

Seedstock Brewery (3610 West Colfax, Denver, CO 80204) will be open 3-9 p.m., and will most likely be transforming its permit-approved parking lot into a patio for the occasion. 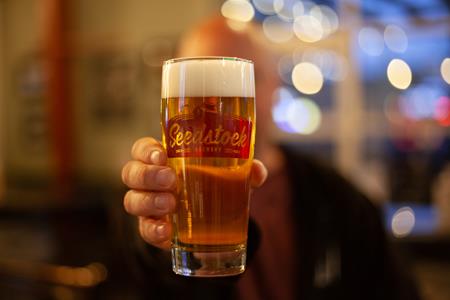