MKE is offering $35 for several sessions throughout the festival. The package includes a plastic commemorative stein and four hours of select German style MKE beer in the tent. Drink packages are on sale now and can be purchased online through Milwaukee Brewing Company’s website. Guests can also reserve a picnic table that seats up to six for their four hour window for $25 per table. Drink packages and tickets are not required, but recommended for this free event which is open to the public. A la carte beer will also be available for purchase in the tent starting at $6 each. Steins will be available for purchase for $7 (empty) or $10 with a fill, and stein refills will begin at $6.

The beer selection will feature year-round staple, Golden Lager, seasonal favorite, Oktoberfest, and three beers brewed in honor of the Oktoberfest celebration: a hefeweizen, dunkel lager, and radler. The festival will also celebrate the return of an MKE classic: barrel aged Doppelvision Doppelbock. For the non-beer drinkers, the beer garden bar will feature German liquors and drinks.

The festival kicks off on Friday with music from Ray Koncar and the Boys, a Joliet, Illinois based polka band, playing from 7:30-10:30. On Saturday the party gets started at 10:00am with traditional Bavarian music from the infamous Johnny Wagner Band playing until noon. The Polka King himself, Chad Przybylski (and His Polka Rhythms), will take the stage from 1:00-5:00pm. Fan favorites Edelweiss will close out the night from 6:00-10:00pm. On Sunday the music takes a break for the noon football game to cheer on the Green & Gold. Don’t miss the United Donauschwaben of Milwaukee Dancers at 3:15pm who will perform traditional Donauschwaben dance. Power-polka band, the Squeezettes take the stage from 4:00-7:00pm to close out the festival.

In addition to music and cultural performances, guests will be entertained by German drinking games such as Hammerschlagen and Masskrugstemmen (stein holding). 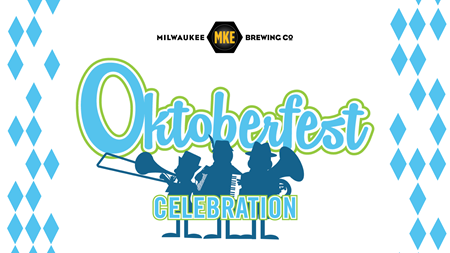