“The King of Extinct Beers” - the elusive broyhan - is being resurrected at Seedstock Brewery.

“The King of Extinct Beers” - the elusive broyhan - is being resurrected at Seedstock Brewery.

For more than 300 years, the North German beer (named after its creator Cord Broyhahn who first brewed it in 1526) was one of the most popular beers in the region before it died out around World War I, most likely due to a continued rise in lager popularity in Germany. Lucky for us, the West Colfax brewery is releasing it Friday, July 26, in the taproom.

The Seedstock Broyhan is an unlikely, but welcomed, player in the normal lineup of summer beers. Seedstock’s Broyhan is very pale, similar in color to a young white wine, with a light wine aroma and a pleasantly sweet, yet acidic taste. Seedstock adds wheat to the grain bill, which delivers a nice mouthfeel balanced by slight tartness and a crisp finish. French hops provide a pleasant backbone for this refreshing 4.3% ABV beer. 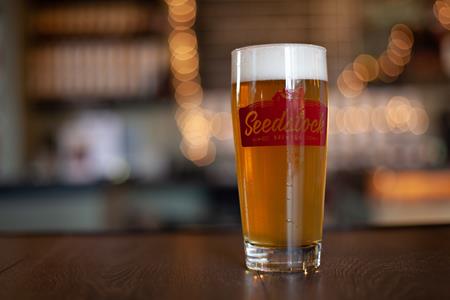