As the days grow colder and shorter, warm yourself from the inside out by embracing the darkness with a delectable array of stouts.
Join us in the taproom for our first ever Stout Fest on Saturday, December 15th from noon-midnight. We will fill 24 tap lines with a large variety of stouts. From barrel aged imperial stouts to delectable dessert stouts - there is something for every stout lover.

This event will feature the debut of our “Inspired By” Series of beers! We brew a robust barrel aged stout and add ingredients inspired by past crowdsourced and collaborative beers. Only 100 bottles will be brewed and released at noon. 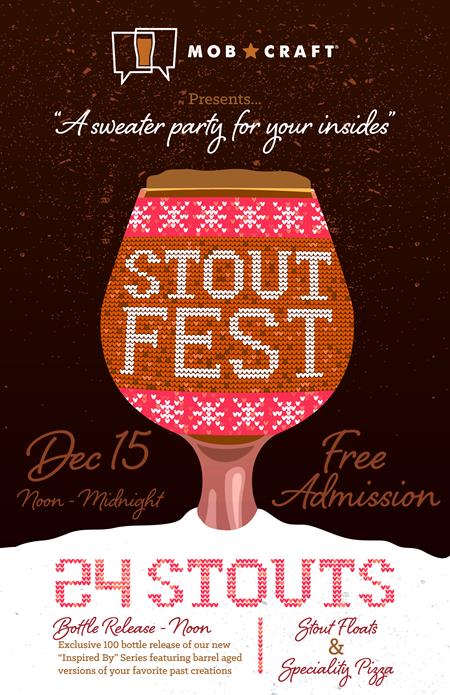