Brewport and SLO Brew Team Up for Tap Takeover on Tuesday, Sept. 4th

Brewport will be teaming up with SLO Brew out of San Luis Obispo for a 16-Tap Takeover on Tuesday, Sept. 4th, beginning at 5pm.

?We'll have a great selection of SLO Brew's best work on hand for the occasion, including:

SLO Brew is one of California’s longest standing brew pubs -- they've been in business for 30 years!! That's certainly no small accomplishment.

During that time, they've produced countless gold medal winning beers and have had the honor of being named "Brew Pub of the Year" at the Great American Beer Festival. 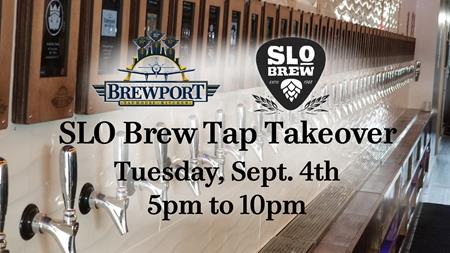