30+ beers on tap
Including 3 variants of our Anniversary Russian Imperial Stout: neat; oak-aged; and bourbon barrel-aged


Live Music from Suburban Sensi, Lito and the Shepherds, and Whiskey Train! 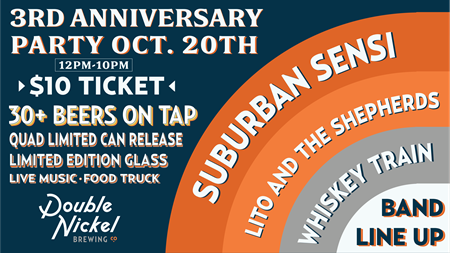 Ticket Price/Policy:
Tickets are $10 and include entry and a 16oz limited edition glasses