The next Beers + Banned Books event pairs One Flew Over the Cuckoo's Nest + FRIED. CHICKEN. BEER!

Fried Chicken or Beer? As Joey Tribbiani would say, "Put your hands together..."

Our next Beers + Banned Books event features One Flew Over the Cuckoo's Nest.

We're feeling a little crazy ourselves so we have decided to pair the book with a FRIED. CHICKEN. BEER. Like the Colonel, we're working on our secret recipe of 11 herbs and spices to put in the brew now but we're confident we'll make a beer would even make Nurse Ratched happy. 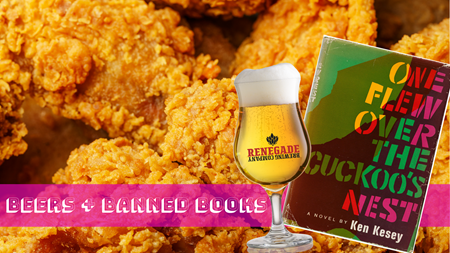