The Empire State Marathon winds along the beautiful Onondaga Lake. It is a qualifier for NY and Boston Marathons. Each running gets a pint of the award winning, local craft brew by Empir Brewing Company! 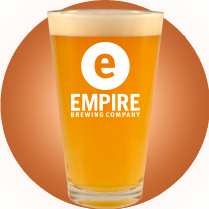