Breckenridge Brewery releases 2016 Denver Comic Con's official beer, an apricot lager named "Snape-ricot," at Stoney's in Denver on Friday, May 20. For the 5th year running, Breckenridge has worked with DCC to create a special convention beer. Each year a contest to name the beer brings hundreds of creative entries. The party at Stoney's is the beer's debut, and Snape-ricot will be on tap at Stoney's and other Denver pubs up to and through the Con which starts June 17th at the Colorado Convention Center. 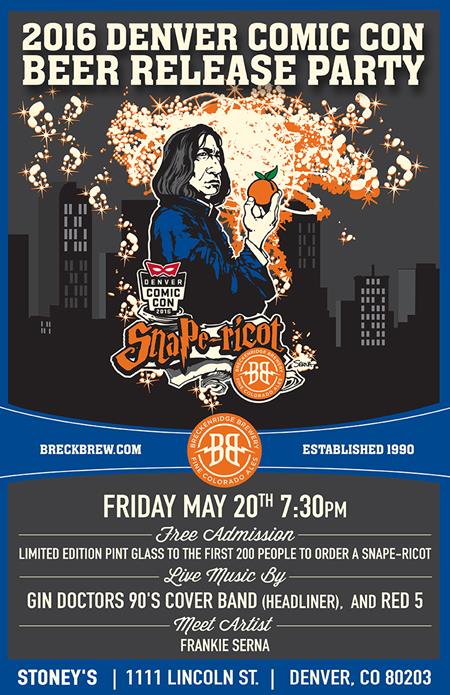