The 12 Gates Brewing team would like to invite you to celebrate the opening of our beloved brewery. We fully understand that we opened 6 months ago, however we still want to party and to share that party with all of you! Join us on Saturday June 4th, from noon to 11pm, at our Earhart Drive location. Great beer specials, games, and live music will be running all day. Confirmed bands for the event: 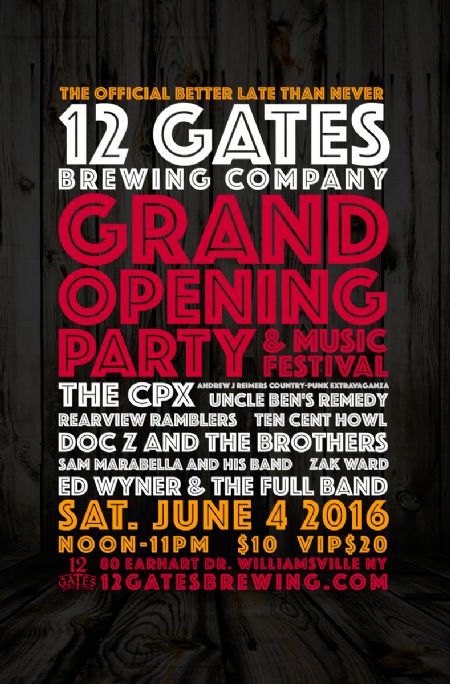