Join us for our 20th Anniversary Party and Brewers Invitational! We are super excited to have Reel Big Fish AND Mad Caddies perform this year! In addition to that DVRS–Denver Vintage Reggae Society will be kicking off the festivities. You won't want to miss this show. 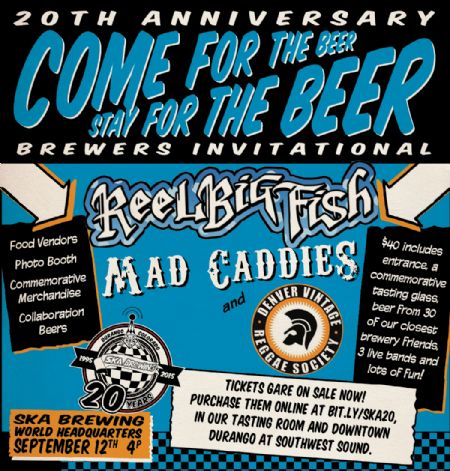 Ticket Price/Policy:
Purchase tickets in our Tasting Room at World HQ and online at: http://brownpapertickets.com/event/1691759