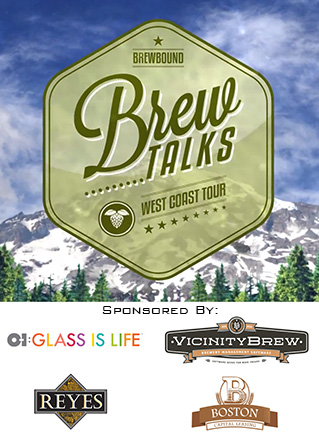 You already know the numbers: Nationally, there are more than 3,000 craft breweries and in California, more than 450 beer companies are fighting to earn retailer attention.

And with an abundance of high-quality brews to choose from, craft-savvy grocery chains are beginning to refine their sets, dedicating space to the most profitable and highest velocity brands.

That’s why we’re thrilled to be featuring a conversation with two off-premise retail experts at today’s Brew Talks event, which is being held at Angel City Brewing in Los Angeles.

Richard Wherry, the category manager for Fresh & Easy will join Dan Partelow, the West Region Manager for Craft Brew Alliance, in a discussion that will arm craft brewers with key insights and selling strategies for breaking into regional chain accounts.

In a conversation with Brewbound editor Chris Furnari, Partelow and Wherry will discuss how craft beer companies can earn a spot on the shelf and stay there.

Wherry – who has managed alcohol sales for Fresh & Easy since 2009 – will explain how smaller, emerging brands can access the key decision makers for large-scale retail operations and Fresh & Easy’s desire to work more closely with craft brewers.

Prior to the talk, Angel City’s sales manager, Nick Anderson will join Joe Lotito from Unique Craft Solutions and LA publican Ryan Sweeney in a discussion that will look to examine the environment for craft in Los Angeles.

REGISTER TODAY to Attend in Person »

Brewbound is donating $2,500 to support SWI in their mission of identifying clean drinking water solutions and promotion of local marketplace involvement in delivering those solutions.

Brew Talks LA will be held at Angel City Brewing, located at 216 South Alameda St., Los Angeles, Calif. Craft brewery owners, distributors and retailers are invited to arrive for a pre-event networking session, which begins at 5 P.M. PST. Brew Talks will begin at 5:30 P.M. and a variety of Angel City beers will be available throughout the evening.

Richard Wherry has managed alcohol sales for Fresh & Easy since 2009. During his time as Category Manager he has focused on expanding the role of craft beer which now accounts for 40% of total beer sales at fresh&easy. Prior to fresh&easy Richard has worked in the retail grocery industry with Safeway, Kroger, Save Mart, and Pathmark in a variety of categories outside of alcohol.

Fresh & Easy operates 167 stores in Arizona, California and Nevada. All of Fresh & Easy’s products, including the freshly prepared meals, are made with the highest quality ingredients and contain no artificial colors, flavors, high-fructose corn syrup or added trans fats.