Austin, TX
You are viewing a past event. Check out our upcoming events in 2019.

Brewbound will travel to Austin, TX next Tuesday, Oct. 21 to host Brew Talks, an educational and networking meetup for beer industry professionals.

The event, which will be hosted at the offices of popular entertainment website The Chive, will feature two unique conversations on beverage entrepreneurism and legislative issues impacting craft brewers. 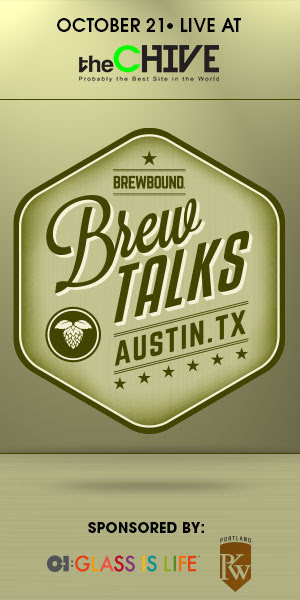 Throughout the conversation, the group will discuss Texas’ territorial distribution rights, the relationship between Texas brewers and distributors, and broader franchise law carve-outs for craft producers.

Brew Talks is designed to provide brewers, distributors and retailers with an intimate opportunity to network and learn the business of beer in craft-friendly locales. In addition to hosting conversations with beverage industry experts, which will begin at 6:00 P.M. local time, Brewbound will also be raising funds for The Chive’s non-profit organization, Chive Charities. 100 percent of the suggested contribution proceeds ($10 – $100) will be donated to Chive Charities.

Launched in 2013, Brew Talks are gatherings designed to provide craft brewers, distributors and retailers the opportunity to come together and have in-depth discussions on the business side of craft beer. The events serve as an educational and networking opportunity for beer industry professionals and all events are broadcast globally via a free live stream. Brew Talks is sponsored by Owens-Illinois and Portland Kettle Works.