In what has become one of the most exciting parts of the Brewbound Session, the Startup Brewery Challenge once again entertained conference attendees with a variety of competing innovative brands and business propositions.

Sponsored by Craft Brew Alliance, the second installment of the business pitch contest gave nine beer and cider companies the opportunity to showcase their products and business plans in front of a judging panel of expert brewers, marketers and retailers, as well as an audience of 175 brewing industry professionals.

Sean Spiegelman, the founder of Appalachian Mountain Brewery, beat out eight other participants with his diversified approach to business, one that relies on cause-based marketing and includes beer and cider production as well as a food truck service. 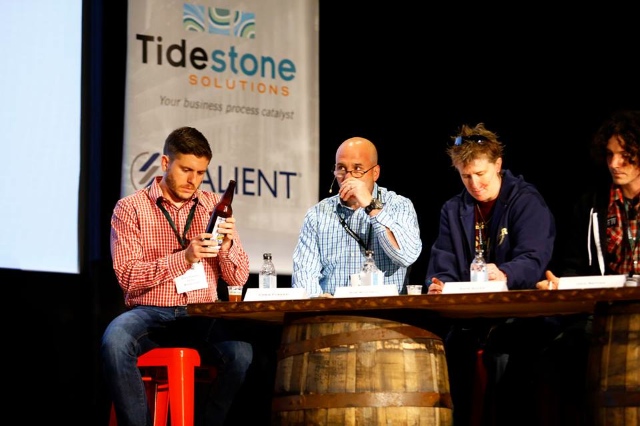 Spiegelman won an all-expenses-paid trip to Portland, Ore. to become Widmer Brothers’ “Brother for a Day.” There, he’ll be able to craft a new collaboration beer with Widmer Brothers, take an extensive tour of the company’s pilot and production breweries, participate in CBA’s daily taste panel and learn from the company’s sales, marketing, graphics, quality assurance and packaging departments.