Rising Tide will prepare an exclusive, never-before-released farmhouse-style ale crafted solely for this Original Gravity concert, and will only be available at the show. The Concert Brewmaster, Adrian Beck-Oliver, has prepared a Brett-fermented farmhouse ale, with a rich fundament of special grains like spelt, rye, wheat and flaked oats, brewed with fresh pomegranate purée. The creation was inspired by the music of Scott Barton, Dan VanHassel and Portland-local composer, Daniel Sonenberg. The grain base was chosen to work with the earthy, natural, and primal nature of the percussion, while the Brett and pomegranate add a sporting, unexpected flair reflecting with the use of loops, electronics and other effects in the chamber pieces.

Original Gravity Concert Series, now in its third season, pairs Local Craft Breweries with New England composers of contemporary art music. The brewer listens to the music and creates a unique recipe to meld with the program. The resulting concert, taking place in the brewery taproom, unites the artistry of zymurgy and musical expression for the ultimate synesthetic experience.

The performance will take place rain or shine, but outdoor seating will be available weather permitting. 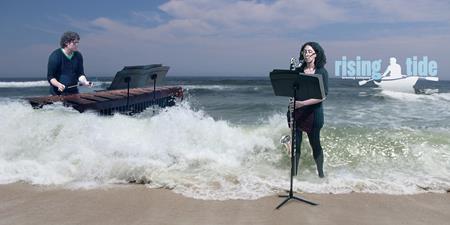