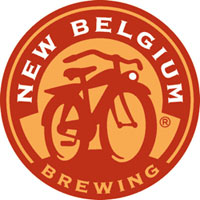 FORT COLLINS, CO — New Belgium Brewing, today announced that Belgo IPA, a creation under the Lips of Faith banner, is now available all year long. Lips of Faith beers are New Belgium’s more esoteric creations, delivering palate-elevating brews that are only available for a limited time. Belgo IPA, known as the ale where hops go to disco and complete with a disco ball on the label, has proven its widespread appeal and graduated into a year-round selection.

“We like to have fun at the brewery and Belgo has brought us disco fever, giving new meaning to the word ‘hustle’ in the workplace,” said Grady Hull, assistant brewmaster at New Belgium Brewing. “Hops are playful by nature, but Belgo actually makes them dance.”

To find New Belgium beers in your area, you can use the New Belgium Libation Location tool: http://www.newbelgium.com/beer.aspx. You can also follow New Belgium on Facebook.