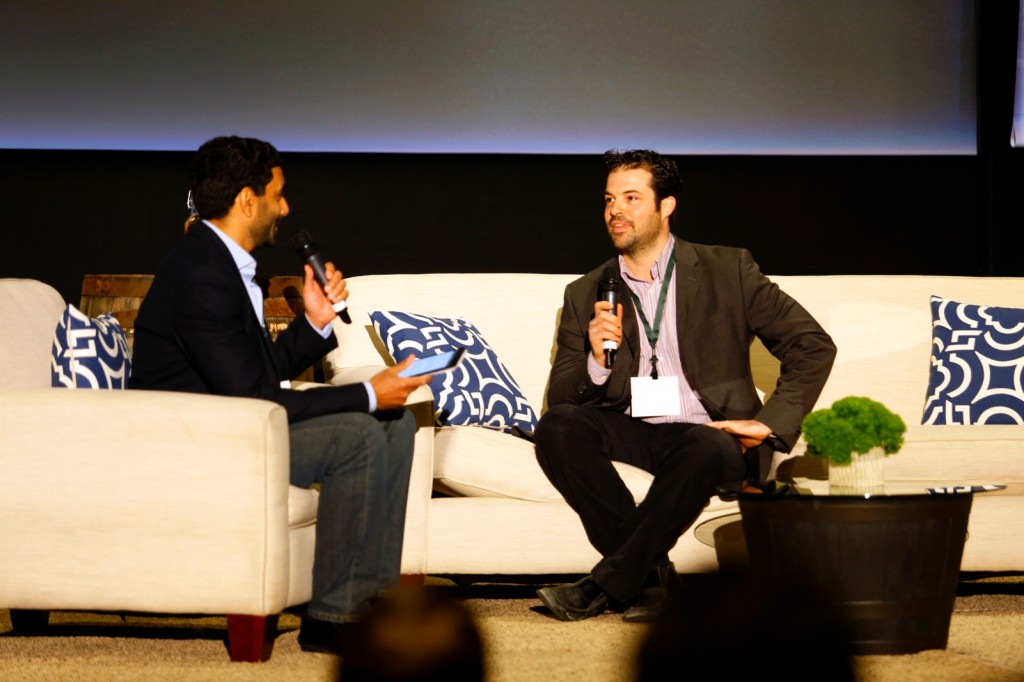 JC Tetreault endured sacrifice for the chance to brew in what he joked was the worst building in the Fort Point neighborhood of Boston.

A self-proclaimed scientific thinker, Tetrault expected no cake walk on his way to launching Boston’s third production facility, joining stalwarts Boston Beer Co. and Harpoon. However, even with mental preparation, the difficulty of the process exceeded his expectations.

He waited two years to overcome the maze of the city’s zoning board, the Boston Redevelopment Authority and the Landmarks Commission, along with the Trillium brewery’s eventual construction. Some parts of the facility’s ceiling are as low as 8 feet, limiting the size of the fermenters that he’s able to use and, ultimately, his brewing capacity. During construction, his apartment flooded and he had to live in a hotel with his wife and brewery co-founder, Esther, and two kids, aged 2 and 1.

“It certainly has been one of the hardest things that I’ve ever done in my life,” Tetrault said of the whole process.

In the spring of 2014, a year after beginning production and opening a retail shop that specializes in growler fills, things haven’t gotten much easier, he told the crowd at the Brewbound Session Thursday in Boston’s Revere Hotel. He’s still “white-knuckling” precious supply as demand skyrockets. He hasn’t yet reached his goal of backing up his farmhouse brews with an actual farmhouse brewery. Tetrault regularly rents vehicles from Zipcar because he can’t afford the parking near his brewery, located in one of Boston’s fastest up-and-coming neighborhoods. But despite the ongoing challenges, Tetrault does have one key differentiator going for him — he’s got a brewery in Boston.

“We wanted to exist,” he said, “and we found a pathway to get that done.”

Tetrault elucidated these struggles and triumphs about a mile away from his brewery on Congress Street, his discussion serving as one of three presentations entitled “Backyard Business Models,” which analyzed the varying directions of three growing Boston-area craft breweries. While still hoping to expand beyond his smaller footprint in Fort Point, Tetrault was nevertheless presented to the audience as a brewer with a hyper-local vision. The other two segments featured Sam Hendler, co-founder of regionally-minded Jack’s Abby, and Chris Lohring, founder of Notch American Session Beer, a brand hoping to carve out a national niche. 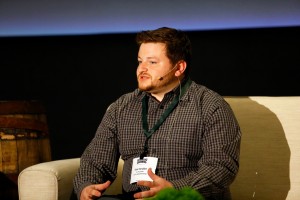 To understand desired scale before delving into the intricacies, just consider what’s on the surface: the brewery names. The name Jack’s Abby is a nod to Abby, the wife of brewery co-founder Jack Hendler. The title and the brewery persona and the portfolio of esoteric lagers (and lagers only, mind you) embody a local identity. But the production capabilities in Framingham, Mass., about 20 miles west of Boston, and the brewery’s business model indicate a willingness to grow into a Northeastern power.

Notch American Session Beer contains two key words of identification: “American” and “Session.” As the majority of brewers tail the buzz and tout their farm-to-table roots, appealing to craft beer geeks who seek all things local, Lohring has taken a different stance. Offering praise to Founders, which has helped grow the session category with its own All Day IPA offering, Lohring believes that session beers will seize a massive share of the craft beer market.

He believes in the idea of Americana and doesn’t name beers after specific locales. He wants his beers, at lower ABV, to appeal to the same people who once crushed cases of Bud, but who have since grown to demonstrate a fascination in more interesting but similarly-crushable session beers.

Beyond the surface level, the successes of these different breweries could be directly linked to their business models. When the Hendler brothers (don’t forget about Eric) launched the brewery in January 2011, they thought 10,000 to 15,000 barrels per year would suit them just fine. However, they soon discovered that a larger scale would be the only way to sustain this business — so they’re angling, for now, to operate at a regional scale.

Most of the brewery’s growth has been in Massachusetts, but they recently entered New York and Vermont and will open in Connecticut in June. After further establishing the brand, they hope to eventually cover most of New England and New York.

They’ve strengthened relationships with distributors and will continue to expand through production and footprint, however, Hendler said that the 800 square-foot tasting room has drawn nearly the same profits as the distribution. It’s within an ugly, old building in a Framingham industrial park, Hendler said. It’s four walls and a leaky ceiling.

“But people show up anyway,” he said.

Lohring’s idea, he admits, couldn’t thrive with a Jack’s Abby business model and it certainly couldn’t thrive in the vein of Trillium. What would happen if he charged $8 for his 4.5 percent beers in 22 oz. bottles?

“I wouldn’t sell the second bottle,” he said. 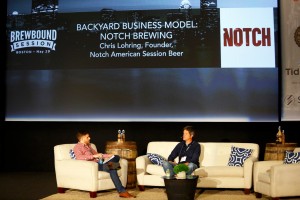 Instead, he’s offering a more value-based proposition that enables Notch consumers to enjoy the quality of craft beer while still drinking a good number of them. That creates the price ceiling he referred to, which means that the best strategy is to go broad geographically — something he’s willing and able to do as a contract brewer. Lohring said that debt scares him, but he’s willing to consider private equity or a strategic partnership to elevate the brewery into the national picture.

And as he prepares his brand to one day be sold at the national level, if it gets to that point, Lohring never strays from his true passion: brewing.

“I miss brewing desperately,” he said. “I mean, I really love brewing.”

“We’re always looking for something new and interesting while the last batch is fermenting,” he said.