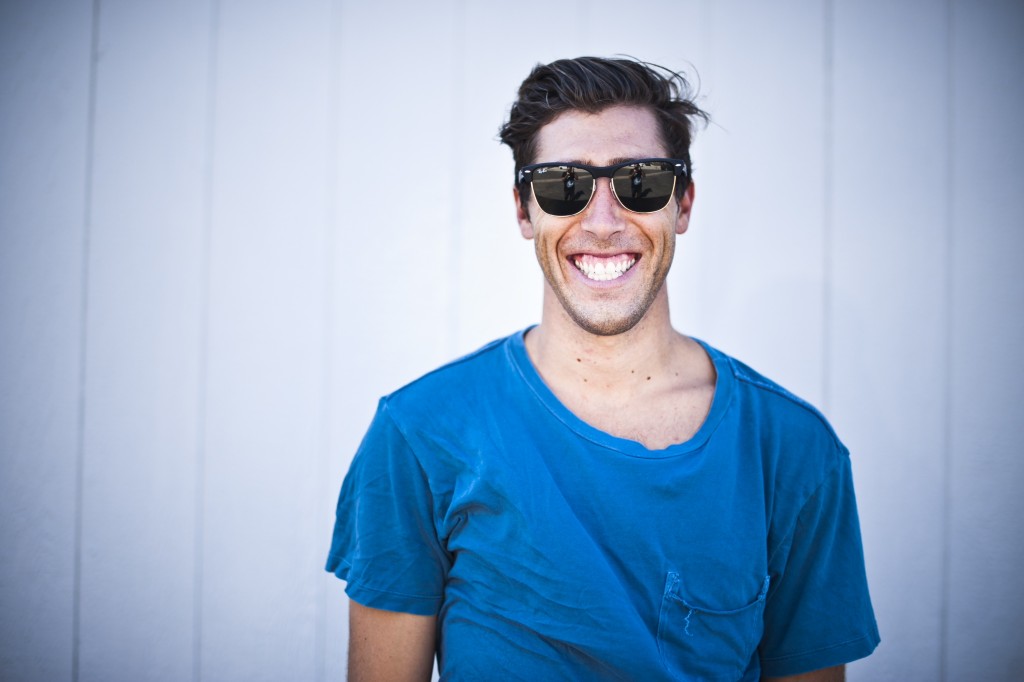 On stage at the Brewbound Session in San Diego, Taylor, a professional skateboarder, wore slim-fitting pants that folded above his ankle. Standing at 6 feet 2 inches, skate shoes at the bottom, his clean-shaven face festooned with tufts of slick hair, Taylor spoke in the same mellow, Californian tone that ripples through the personality of Saint Archer Brewery.

Taylor didn’t just represent Saint Archer on Thursday afternoon as a co-founder and brand ambassador — he symbolized the evolving nature of the craft beer industry and the marketing strategies that parallel the shifts.

He didn’t talk IBUs or cooperage. He spent no time discussing mash tuns or sweating and mixing and brewing into the twilight. Taylor cares about the beer and its quality, but that’s not his primary role. Along with Josh Landan, also a co-founder of Saint Archer, Taylor has helped to elevate the six-month old operation into a pillar of craft beer marketing — an exemplary model of a lifestyle brewery.

“Everybody wants to be a part of California, the beach, the life,” Landan said.

Previously, they just wanted to be brewers.

But craft beer geeks with a sink or a bathtub have figured how to emulate their favorite IPAs and stouts. Many of them have even started their own breweries. According to the Brewers Association, there are 2,707 brewing facilities. That number includes 1,728 in the planning stage, 1,201 brewpubs, 24 large brewers, 120 regional brewers and 1,362 micro-brewers. These numbers will continue to rise.

While innovation of beer styles has proven to be an effective method of differentiation (just ask Wynkoop), the intentions and business models shared at the Brewbound Session affirmed that brewery executives with large-scale ambitions recognize their roles as not just liquid vendors, but also as message diplomats and entertainment hubs.

When Sam Calagione opened Dogfish Head in 1995, nobody called his operation a nano-brewery.

“Most people just said what we’re doing is stupid,” he said.

As most brewers followed the lead of German brewers, Calagione, who delivered the keynote speech on Thursday, saw an opportunity to create a brewery that would complement the liquid bread with a culinary landscape. He knew that he couldn’t compete with Sierra Nevada or Sam Adams, so he created this niche. The brewery’s food services account for fewer than 10 percent of its revenue. However, because the food profits once kept the formerly-struggling beer side in business, it remains at the nucleus of the brewery’s identity.

Quality and integrity have also existed at the core of the brewery’s plans since its founding. A hot sauce company once approached Calagione about working on a collaboration. The hot sauce maker would infuse the product with beer and put the Dogfish Head name on the bottle. Calagione liked the idea and then asked how his beer would fit into the equation. The hot sauce maker told him that it wouldn’t. To keep costs down, he would use cheap, domestic beer. The partnership was never formed.

When describing the keys to success in today’s craft beer industry, Calagione quoted hip-hop visionaries De La Soul and said that three is the magic number: high quality, consistency and differentiation. Dogfish Head’s differentiation comes from its food and the many branches that sprout from this defining characteristic, such as a partnership with Eataly and the development of The Dogfish Inn, a hotel in Lewes, Del., that will open in the late spring of 2014.

For Dogfish Head to fully realize its role as an entertainment hub, it requires aspects such as the partnership and the hotel. This proves especially true when you’re three hours south of New York City, two hours south of Philadelphia and two hours east of Baltimore, but still distant from the beaten path of business. These aspects allow Dogfish Head more ways to follow through with its slogan: off-centered ales for off-centered people.

“You can put your own unique spin on a hotel,” Calagione said. “We didn’t invent hotels.” 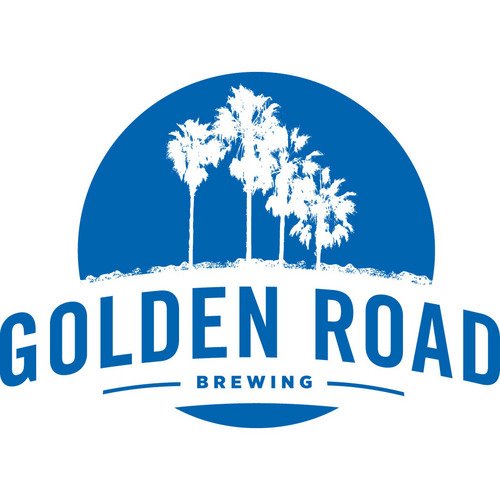 In a city as enormous as Los Angeles, you’d think that the craft beer competition would be pretty dense. However, when Meg Gill co-founded Golden Road Brewing in 2011, the city was primarily filled with the products of the big domestic brewers and not much else. Gill spoke at a breakout session and said that because the city’s craft scene was so meager, she struggled to find the right staff for her brewery.

As previously reported on Brewbound, she went outside of the city and has since hired several key members of the Golden Road team, such as executive vice president Phil Jamison, a former Anheuser-Busch InBev (ABI) director of sales and, most recently, the vice president of Ace Beverage. She also fished for several other executives from ABI, such as general manager and chief financial officer Paul Burgis and head brewery engineer Jon Lerdsuwanrut. In January, she hired brewmaster Jesse Houck, the former head brewer with Drakes Brewing Company in San Leandro, Calif.

With a year’s worth of investments from patient funders, Golden Road will hit about 15,000 barrels this year and, through distribution exclusively in Southern California, is on place to multiply that figure by two and a half in 2014. The brewery has a capacity of 80,000 barrels and will soon undergo installation of a new canning line.

Gill touts her “booming” restaurant and the fact that Golden Road was the first craft brewery to offer a can in the region. If you want proof that Golden Road follows the model so strongly embraced by Saint Archer and other trending breweries, consider Gill’s weekend after the Brewbound Session.  At BevMo!, she poured hundreds of beers in hopes of securing future Golden Road drinkers. Also, consider the finances. Gill said that 31 percent of the brewery’s budget is dedicated to marketing sales and revenue.

“That keeps me up a little bit at night,” Gill said.

Making an additional effort and taking the time to personalize the beer for consumers can provide another level of resonance. This kind of effect can’t be achieved solely through a pint that was served by a nameless bartender or a 6-pack randomly purchased at a liquor store.

Scott Slater, the owner of Slater’s 50/50, a hamburger chain on the West Coast, said in a discussion on stage that he respects Green Flash Brewing and its willingness to take the extra step toward educating consumers, distributors, retailers and bartenders, among others. Slater said that Green Flash is willing to come to your restaurant and educate the staff and the visitors. When the brewery’s representatives host a tap takeover, they’ll dispense informative notes on the beers.

When Jamison spoke about developing retail strategies, he mentioned a few examples of beers that undeniably function as great public relations, but also contribute to the authenticity and consciously moral nature of a brewery. Hangar 24 Orange Wheat sources oranges from the Old Grove Farm Share, an affiliate of the non-profit Inland Orange Conservancy. A combination of suburban sprawl and citrus greening has threatened orange groves in Southern California. Hangar 24’s work with the organization supports the cause of saving the local orange trees.

Jamison also shared a similar concept created by Golden Road, which makes Heal the Bay IPA. A portion of the proceeds from this beer are donated to Heal the Bay, a non-profit organization based in Santa Monica, Calif., that aims to make California’s coastal waters and watersheds safe, healthy and clean.

These kinds of philanthropic decisions portray a brewery’s morals. They can give consumers further incentive to buy a beer. They support worthy causes. And they remind consumers that breweries are built with both tanks and people.

“We want to show people that we are part of the community,” Jamison said.

Joey Redner, the founder and CEO of Cigar City Brewing, works with more than just his own community in Tampa through a continuing series of collaborations. During his presentation on Thursday, Redner said that he never intended to make the practice such a key part of his business, it just happened. There aren’t many other similar breweries to Cigar City in his region, so he’s always looked outward for advice. This has led to a diverse set of working relationships — Widmer Brothers Brewing, The Bruery, New Belgium and Mikkeller, to name a few — that enable both brewers to learn from each other and eventually feel proud of a shared beer.

“They sort of recharge my batteries,” Render said. “They let me come back to my business with a new mindset.”

They also align Redner and his fellow collaborators with the appeals that transcend the accomplishments of good beer, the kind of identity that Taylor bestows upon Saint Archer, the responsibility of brewers who offer more than something to drink.