With Brewbound Session less than 3 days away, there are only 20 tickets still available. 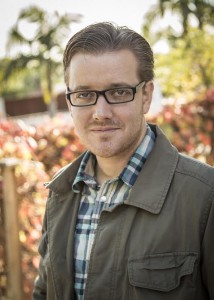 In addition, we’ve updated the agenda for Brewbound Session to include two new additions to our lineup:

Chris Burke and Jared Cotton, the co-founders of Redtail Media, the Emmy Award-winning production company behind Esquire Network’s ‘Brew Dogs’ will deliver a breakout session on how brewers can craft their visual voice and attract new consumers with online videos.

Still need a reason to attend? With almost 200 attendees already registered (including beer companies, investors, suppliers, retailers, and more), Brewbound Session offers craft brewers a unique opportunity to network and learn in a highly collaborative atmosphere. The conference lineup is packed with veteran and expert insights as well valuable market data and insights into current trends.

Questions or want to register via phone? contact Mike Vassallo at mvassallo@bevnet.com or 617-231-8827.

Jared started Redtail Media with business partner, Chris Burke in 2007. Since then the pair has worked almost exclusively in the craft beer industry, both in the U.S. and abroad.  Services have ranged from production of photo and video content to spearheading new marketing strategies, re-branding and consulting.  Red Tail has worked with some of the industry’s top breweries and trade groups.

Chris is a native Californian and longtime craft beer enthusiast.  After graduating from Yale University, he returned to Los Angeles and worked as an editor and producer with various television outlets before founding Redtail Media with Jared Cotton in 2007.  Now serving as an Executive Producer on Esquire Network’s Brew Dogs, Chris remains actively involved with all of Redtail Media’s craft beer-focused projects.