Brewbound is pleased to announce the lineup for its first-ever set of breakout seminars, available to attendees of the Dec. 5 Brewbound Session.

Focused on the business side of craft brewing, the Brewbound Session, which will be held at the Paradise Point Resort & Spa in San Diego, Calif., offers unmatched strategic learning and networking opportunities for craft brewers and wholesalers. The introduction of breakout sessions allows attendees to better customize their learning experience based on their specific brewery needs. 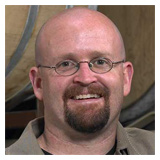 Looking to grow? We’re offering two breakouts dedicated to helping craft brewery owners scale their businesses and avoid the costly pitfalls that can plague small operations. In the first breakout session, Lost Abbey co-founder Tomme Arthur will moderate a “troubleshooting” panel discussion with three startup craft brewery owners who are well-versed on the rigors of launching and growing a new craft beer company.

In the second breakout, Randy Smith, the CEO of VicintyBrew, will identify and address the core business issues and pain points most breweries encounter at various levels of production output. Drawing on his 30-plus years of experience in brewing, accounting and process manufacturing, Smith will offer solutions for increasing production as well as profits.

Raising Capital? Brewbound has enlisted the help of CraftFund founder David Dupee, who will provide an overview of new equity crowdfunding laws and how they can be used by craft breweries to raise capital and build brand advocates.

Trademark Troubles? Join Candace Moon, “The Craft Beer Attorney,” as she discusses trademark law for craft breweries. In a presentation that will appeal to both startups and maturing craft brands, Moon will highlight recent trademark case studies, explain what makes two marks “confusingly similar,” when to defend your mark and offer some best practices for how craft brewers can handle trademark disputes and navigate the settling process.

The breakout schedule is below.

1:00PM – 1:40PM (Attendees are free to attend either of following breakout sessions):

1:50PM – 2:30PM (Attendees are free to attend either of the following breakout sessions):

A native San Diegan, Tomme returned home to San Diego in 1995 after earning his Bachelor of Arts in English from Northern Arizona University where he cultivated his passion for brewing. In March of 1996, he began his professional brewing career at the now defunct Cervecerias La Cruda (The Hangover Brewery) in downtown San Diego. Tomme previously worked for White Labs and was the Head Brewer at Pizza Port in Solana Beach. Tomme joined Port Brewing in 2006 and in 2007 took home the GABF awards for Small Brewery of the Year and Small Brewer of the Year.

Candace L. Moon is a San Diego-based attorney who has spent the last four years dedicating her law practice to the craft beer industry. She currently works with over 75 craft breweries and craft breweries-in-planning nationwide, handling many different legal areas including business entity formation, alcoholic beverage law, contract review and trademark law. Her clients include Green Flash, Drake’s, and Jamil Zainasheff’s Heretic Brewing. Ms. Moon’s undergraduate degree is from the University of Virginia and she attended the Thomas Jefferson School of Law in San Diego, CA. She has been a member of the California State Bar since 2008 and the Brewer’s Association since 2009.