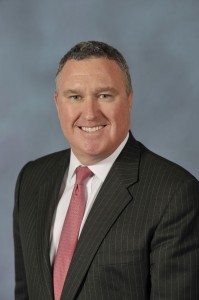 The evolving relationship between craft brewers and their wholesale distributors will be on tap for discussion when Craig Purser, the president and CEO of the National Beer Wholesalers Association (NBWA) speaks at the Brewbound Session on May 2 in Boston.

In his presentation, Purser will discuss how beer wholesalers have helped to expand the craft category and the ways in which they are adapting their own businesses to prepare for continued growth in the segment.

In discussing the maturation of the craft category, Purser will highlight his observations on the best practices and ways in which craft brewers can work with — instead of against — their wholesale partners to better build brands.

Following his talk, Purser will take part in a question and answer session with the Brewbound audience. He’ll discuss some of the government, industry and political affairs currently impacting the beer business.

An early registration discount for the Brewbound Session  is available until April 5.

NBWA President & CEO Craig Purser serves as the leading advocate for the 3,300 licensed, independent beer distributors across the country. In this role, Purser is responsible for the strategic development and tactical execution of the Association’s mission in the areas of government, public, industry and political affairs. He has led the charge to strengthen the three-tier system of beer distribution and state-based alcohol regulation. A veteran of Capitol Hill and numerous political campaigns, Purser also served on the staff of former U.S. Senator and Assistant Majority Leader Don Nickles (OK) and managed the successful election of U.S. Senator Jim Inhofe (OK).