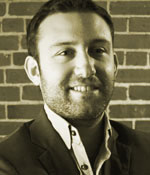 Brewbound is pleased to announce that Terry Lozoff, the co-founder of the social and experiential marketing company Antler Agency, will lead a discussion on relationship marketing for craft brewers at the upcoming Brewbound Session in Boston, Mass. on May 2.

With more than 2,400 U.S. craft breweries all fighting for ‘share of throat,’ standing out in an overwhelmingly crowded category can prove to be quite a daunting task. But engaging consumers directly and encouraging them to participate in the evolution of the brand can help to build lifelong, repeat customers. This type of direct consumer engagement is the foundation of all experiential marketing initiatives.

That’s where Lozoff comes in. His presentation will discuss how craft brewers can leverage experiential marketing strategies to help cultivate brand ambassadors who are actively involved in the promotion of a brewery’s beer.  He’ll discuss the specific experiential marketing techniques and the elements that will help craft brewers sell more beer. Having worked with companies such as Magners Irish Cider and Vitaminwater, Lozoff will provide tangible examples of how relationship marketing has worked for beverage companies how it could work for craft brewers operating looking to maximize their marketing dollars.

Following his presentation, Lozoff will take part in a brief, moderated question-and-answer session with the Brewbound audience.

Terry is EVP and Managing Director at GY&K Antler (formerly Antler Agency), the social and experiential division of GY&K. Since 2002 he has been on the forefront of the marketing world, having founded two agencies that pushed the envelope on experiential marketing, social media and interactive brand experiences. With his leadership, he helped to build both agencies into multi-million dollar, nationally recognized award-winning companies that became leaders in their respective fields.

Throughout Terry’s experience in the agency space, he has created, lead and directed large-scale marketing strategies, campaigns and events for companies including MillerCoors, Magners Irish Cider, vitaminwater and New Balance. He has also helped to launch and grow dozens of startups and web-based businesses.

In addition to his agency career, Terry is an active drinks blogger – writing about craft beer, whisky and wine on DrinkInsider.com. He has been a featured speaker on the topics of beer and marketing at numerous events including SxSW Interactive, and has written on the subject for publications including Mashable, Serious Drinks and HuffingtonPost.