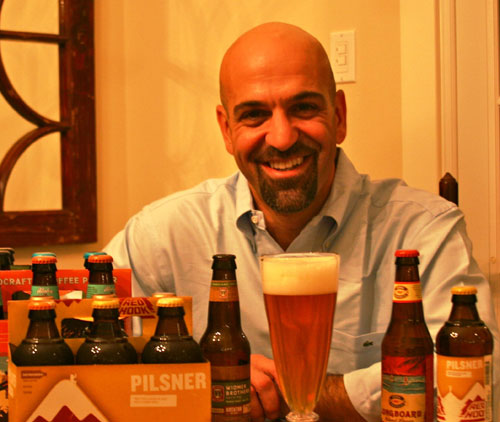 Building an authentic, national craft beer company is more the exception than the rule in a segment filled with small, local brand propositions. And while many craft brewers might not currently be examining ways of moving beyond more traditional regional distribution models, it’s important to plan for potential growth.

Brewbound.com is pleased to announce that Andy Thomas, the president of commercial operations for Craft Brew Alliance (CBA), will present at the upcoming Brewbound Session, which will be held at the Revere Hotel in Boston on May 2.

Using CBA as a case study, Thomas will discuss the ways that CBA has built national distribution strategies for the three formerly regional breweries that comprise the company’s core: Widmer Brothers Brewing, Redhook Brewery and Kona Brewing. In describing each of their branding components, he’ll also provide insight into the marketing decisions which have allowed CBA to broaden distribution for the three brands over the last five years.

Attendance for the Brewbound Session is selling fast. An early registration discount is available from now through April 1.

Andy Thomas is President of Commercial Operations for Craft Brew Alliance (CBA), an independent, publicly traded craft brewer based in the Pacific Northwest.  CBA’s principal brands are Kona, Redhook and Widmer Brothers. In his role, Mr. Thomas is responsible for all commercial activities including marketing, sales, restaurants and retail.  Mr. Thomas  joined CBA in June 2011, following two years as an independent consultant and a Senior Adviser to The Monitor Group, a Cambridge-based strategy consulting firm.

Mr. Thomas spent over twelve years internationally with Heineken, serving as President & CEO of Heineken USA from 2005 – 2007. His tenure as president was highlighted by two consecutive years of record growth in volume and profits, fueled by the historic launch of Heineken Premium Light and the extension of Heineken USA’s importing agreement with Mexican brewer, FEMSA. His accomplishments earned him the recognition of Impact Magazine’s “Beer Executive of the Year” in 2007. Prior to his appointment as President of the US operation, Mr. Thomas spent five years at Heineken headquarters in Amsterdam, Netherlands.