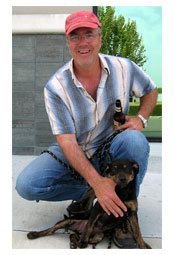 Brewbound is pleased to announce that Tony Magee, the founder of Lagunitas Brewing Company, will be speaking at the Brewbound Session in San Diego on Nov. 29.

Lagunitas is growing at breakneck speed — last year it was up 61 percent — and recently vaulted into the top 10 group of U.S. craft brewers by sales volume, with expansion plans on tap and high expectations for the years to come.

The company is also approaching its 20th year in the business — and has seen both sides of the boom and bust cycle. The common idea on both sides of that cycle, however, is the idea of a broader strategic vision, both for Lagunitas as a brand and the “brand of craft” as an entity.

Magee’s presentation will discuss how every important decision a craft brewery makes reaches far beyond the balance sheet, ultimately either coinciding with or disrupting that strategic vision. As part of that presentation, he will elaborate on how his choices have affected the brand’s growth and current expansion plans for a second facility in Chicago — one that he says is critical to ensuring his company’s future success.

That deep dive into Lagunitas’ deliberate decision to embrace growth will provide an excellent example of the potential costs and benefits for smaller brewers as they themselves consider the way they want to handle expansion. As a highly relevant business case, it will hit home to many in the Brewbound Session audience.

Don’t miss this — or any other — valuable component of the Brewbound Session, which will be held November 29th at the Paradise Point Resort & Spa in San Diego, Calif.  An early registration discount is available from now through October 15th.  In addition, a limited number of discounted hotel rooms are available to attendees.

Tony Magee was raised in the Chicago area. He studied industrial design briefly at the Illinois Institute of Technology, and the then music composition at NIU, before dropping out to join a Reggae Band, touring the Midwest until moving to San Francisco in 1987 and founding the Lagunitas Brewing Company in 1993.

Lagunitas began on a West Marin County kitchen stove and now occupies a 160,000 square foot facility in Petaluma, Calif., with another 150,000 sq feet in Chicago on tap. Today, in Q4 of 2012, the brewery is growing at a 62% year-over-year pace.

About the Brewbound Session