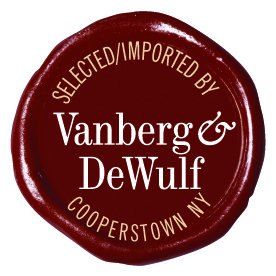 CHICAGO — Renowned specialty beer importer and producer, Vanberg & DeWulf, and the state’s leading wholesale distributor, Wirtz Beverage Illinois, announced today a new partnership to expand the availability of the importer’s portfolio. Under the agreement, Wirtz Beverage Illinois will have the exclusive statewide rights to sell and market Vanberg & DeWulf’s collection of nearly 50 beers beginning this month.

“For our entire careers we have been dedicated to bringing attention to spectacular beers made by independent family run breweries.” said Donald Feinberg, founder of Vanberg & DeWulf. “Chicago is both our home and an unbelievable haven for beer connoisseurs. Partnering with Wirtz Beverage provides us a great opportunity to grow in this market and beyond.”

Established in 1982, Vanberg & DeWulf was America’s first importer to specialize in Belgian beers. The founders, Donald Feinberg and Wendy Littlefield, are recognized as authorities in the industry and were the first Americans inducted into the Belgian Brewers Guild. They also founded Brewery Ommegang. Today the Vanberg & DeWulf portfolio encompasses 50 beers: 25 distinct beer styles from 12 breweries in 5 nations (Belgium, France, Italy, Iceland and the UK). There is special emphasis on superior examples of bottle-conditioned, barrel-aged, sour, spiced, wild, vintage and organic beers. They also create “Special Selection” beers that showcase the unrivalled Belgian talents for unique flavors, fermentation, aging and ingredients. The complete portfolio includes the noteworthyDubuisson, Dupont and Castelain breweries and award-winning Lambrucha, Lambickx, Hop Ruiter, Contessa and Lava.

“Vanberg & DeWulf’s collection of beers is among the very best in the world,” explained David Kahle, Master Cicerone and Craft Beer Manager for Wirtz Beverage Illinois. “Our focus, like theirs, is to educate consumers and bring them access to the most unique and finest selection of beers out there.”

Wirtz Beverage has been family-owned and operated for more than four generations. In Illinois, the company recently expanded into the craft beer market after years of success in the distribution of premier wine and spirit brands. It is the only beer wholesale distributor with a statewide reach.

“This is a fantastic partnership because we share the same values and culture. It will serve the market well,” explained Julian Burzynski, SVP Wirtz Beverage Illinois.

Founded in 1982, Vanberg & DeWulf has the most decorated portfolio in the annals of U.S. Belgian beer importing. It is considered to have pioneered the Belgian beer segment. From the outset they have only worked with independent, family-run breweries and have been passionate about helping their breweries get recognition in the U.S. Respect for tradition and raucous individualism are on display in equal measure in the curating of their portfolio. Don Feinberg and Wendy Littlefield — the husband and wife team behind the enterprise also founded Brewery Ommegang — the first brewery in the U.S. to brew all bottle-conditioned Belgian-style beers. As authentic craft beer cultures have emerged in new places, they have sought out beers that exhibit extraordinary flavor, complexity and balance to bring to beer connoisseurs. They also produce their own “special selection” beers in Belgium: Lambrucha, Lambickx and Hop Ruiter explore Belgian brewing from an American vantage point.