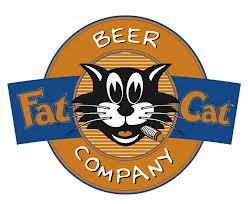 SAN DIEGO, CA — The Fat Cat Beer Company, makers of “sessionable,” handcrafted beer in a can, announced its contribution to the legacy of world-class brown ales with the launch of its Beale St.Ôäó Brown Ale.

Beale St.Ôäó Brown Ale uses a combination of malts that give the beer its soft palate along with smooth, faint toffee and nutty flavors, and is accompanied by a subtle hop bitterness for balance.
“The malty flavors, along with the use of the iconic Fuggle hop, provide Fat Cat consumers a satisfying flavor experience,” said The Fat Cat Beer Company’s Brewmaster, Ray Klimovitz. “The beer provides remarkable clarity, a refreshing taste and an exceptionally smooth finish.”

“We just launched Beale St.Ôäó Brown a month ago and are already receiving great feedback from customers,” said Bruce Taub, a former Memphian and President of The Fat Cat Beer Company. “We’re extremely fortunate to have someone with Ray’s experience and expertise on board. He is truly the brewmaster’s brewmaster!”
In addition to the Beale St.Ôäó Brown Ale, The Fat Cat Beer Company offers three other distinctly different, session craft beers in a can, including its Fat CatÔäó Lager, Sultans of WheatÔäó and ShawShank’s InjunctionÔäó Pale Ale. Its ConfessionÔäó IPA is expected in late May.
About The Fat Cat Beer Company, LLC:
The Fat Cat Beer Company, LLC is known for providing iconically packaged, handcrafted session beers that are complex in nature, but smooth in taste. Fat Cat beers are brewed under its proprietary statements of process and tested for quality assurance. Its Vienna Lager was the first craft beer in a can when it debuted in 1994. The beers are currently available in four states, including Georgia, Alabama, Florida and Virginia, with expansion plans to California this month and other markets later this year. To learn more, visit http://www.fatcatbeers.com or follow them on Twitter @TheFatCatBeerCo or Facebook https://www.facebook.com/TheFatCatBeerCompany.
Tweet
Reddit
Share
Share
Email