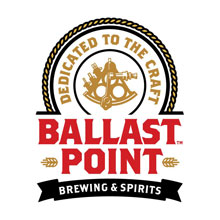 The Brewers Association (BA) today released its annual rankings of the top 50 U.S. craft breweries based on 2013 sales volume — and a few notable companies are climbing rapidly up the list.

“I knew we’d move up but I didn’t know we’d move up that much,” said Earl Kight, the company’s vice president of sales and marketing.

Ballast Point nearly doubled its production in 2013, brewing about 86,000 barrels, up from 47,000 in 2012. Kight attributed that growth to “excellent liquid, a good management team, solid distributors, and the addition of capacity at the right time.”

“I’m not sure we could ever duplicate it,” he said. “There are a lot of great things happening at the same time.”

Brooklyn’s Sixpoint Brewery and California’s 21st Amendment Brewing also entered the top-50 for the first time, checking in at 43 and 50 respectively. Gordon Biersch Brewing, after dropping out of the top-50 in 2012, reemerged on the list at no. 49.

The complete list of top-50 craft brewers as well as the top 50 overall U.S. brewing companies is below. A full 2013 industry analysis, including reported 2013 sales volumes for most craft breweries, will be published in the May/June issue of The New Brewer.