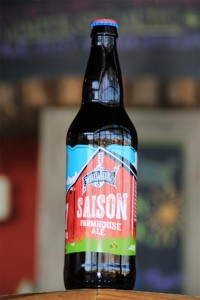 ATLANTA, GA — It’s springtime and the livin’ is easy as SweetWater Brewery serves up a boatload of fresh brews that pair well with warm-weathered waterways, festivals and patio partaking. From returning seasonal favorites to new recipes, SweetWater brewers have cooked up a whole lot of headiness to satisfy palates this spring.

ROAD TRIP – Grab your mixtapes, call shotgun and fill ‘er up — Road Trip season is here! Part of SweetWater’s Catch & Release seasonal lineup, this fiery pilsner is brewed with Vienna and pilsner malts along with Sterling and US Golding hops, ringing in at 5.2% alcohol by volume. Unique for most pilsners, Road Trip is fermented at warmer ale temperatures giving it fuller flavor, all capped off with an intense, spicy hop finish.

Beginning the week of March 10 and running through May, Road Trip six-packs will be koozie ready and pouring on tap at Southeastern pit-stops. Get it while the gettin’s good, because on this Road Trip, nobody rides for free!

17TH ANNIVERSARY ALE – Brewers went big on this one with a complex Saison farmhouse style ale with everything in it but the brewhouse sink. Brewers used 2-Row, rye, wheat, Munich, 13/17 and Melanoidin malts; Galena, Saaz, Centennial and Amarillo hops; fermented it with French Saison yeast; and then ran a secondary fermentation with Brettanomyces Bruxellensis. The powerful strain of yeast is responsible for the brew’s big 9% ABV.

“Together the 2+ month fermentation and cellar time, malt and hop bill, along with yeast strains all work harmoniously to produce an earthy tasting, lighter-bodied (for high-gravity) brew, perfect for some outdoors sippin’ in the spring,” said SweetWater Head Brewer Nick Nock. The commemorative brew will make a limited-run on taps and cold boxes in 22-oz bombers across the Southeast starting the week of March 10.

NEW DANK TANK – SweetWater’s hombres of headiness are cooking up a new bitter beauty for the Dank Tank series debuting this April. Hopped to the gills, this brew will pack a hash-filled punch and may leave folks unable to walk the line — hence its name—Johnny Hash.

As if this lineup weren’t enough, SweetWater is making it easier to enjoy its brews in all your favorite places this spring with a new set of cans. The brewery is rolling out 12-packs of 12-oz 420 cans throughout Georgia to start, but will follow up with IPA 12-packs and 16-oz tallboy singles of both 420 and IPA throughout the rest of its Southeastern footprint early this summer.

For more information on SweetWater Brewing Company and its lineup of brews, visit www.sweetwaterbrew.com.

Living by the motto “Don’t float the mainstream,” SweetWater Brewery has been blazing its own path in craft beer throughout the Southeast since its inception in 1997. With a brewer calling the shots, quality of beer—and life—are always most important in crafting a lineup of lip-smackin’ brews. Widely known for its flagship 420 Extra Pale Ale and recent Great American Beer Fest gold medal winner LowRYEder IPA, SweetWater also serves up an ever-evolving Catch & Release seasonal lineup of brews and an off-beat, one-off Dank Tank series. SweetWater invites folks to join them for tours and tastings of their Atlanta brewery every Wednesday through Sunday. Visit www.sweetwaterbrew.com for more info about SweetWater, or hang out with your social thang out by following SweetWater on Twitter/Instagram @sweetwaterbrew, or on Facebook at facebook.com/sweetwaterbrew. And always remember; drink ‘em if you got ‘em!