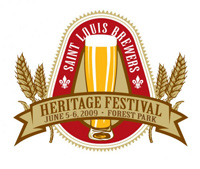 Now in its sixth year, the festival will feature several new elements, including:

Continuing the festival’s beer garden-style atmosphere, with beers arranged by style underneath a massive tent, the open area at downtown’s Ballpark Village will provide an ideal backdrop, only enhanced by the weekend’s baseball match-up played out across the street.

“The passion for brewing in our hometown runs deep, and this festival provides a unique setting for all of us who brew beer in St. Louis to come together and celebrate beer,” said Pete Kraemer, head brewmaster at Anheuser-Busch. “It’s our chance to offer up favorite beer styles, alongside new recipes we’ve been experimenting with, to give both local residents and visitors the opportunity to try something new and different.”

More than 80 lagers, ales, specialty beers, hybrid styles and homebrews will be available for sampling by adults 21 and older. Several of the brewers will feature their own interpretation of the festival’s showcase beer, a unique India Pale Ale (IPA) with varying hop characteristics.

Festival enthusiasts enjoying the variety of beers crafted for the event will also have the opportunity to enjoy a variety of culinary delights from several members of the St. Louis Originals — a collaboration of independently owned and operated restaurants committed to uniting local restaurants and presenting the unique flavors of St. Louis cuisine. Participating restaurants include Companion Bakery, Harvest, LoRusso’s Cucina, SqWires and Vin de Set.

Proceeds from the event will benefit the local charity, Lift for Life — a non-profit organization that relies on private donations to keep its doors open and is dedicated to helping children who live in the city of St. Louis. The money brought in by the festival helps to maintain their after-school programs that give kids a safe, nurturing home away from home.

This year’s festival will include four individual sessions spread over three days:

Tickets are currently on sale at www.stlbrewfest.com and by calling 1-888-792-2424. Beginning next week, they will be available in person at the Anheuser-Busch St. Louis Brewery Tour Center, the Schlafly Tap Room and Schlafly Bottleworks. The taps will flow rain or shine, and only adults, ages 21 or older, are allowed to purchase tickets and attend the festival. Tickets are $30 prior to the event and $35 at the festival. Last year’s festival sold out, so adults are encouraged to buy tickets early.

Contract manufacturing for spirit and malt-base...