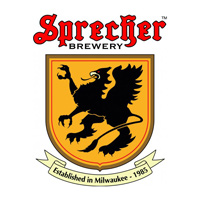 This blind-tasting competition is organized and run by Fairplex (formerly the L.A. County Fairgrounds); it is registered with the Beer Judge Certification Program (BJCP) and the Brewers Association. All beers submitted must be available for sale to the general public.

N.b. Beers with an * after their name are from Sprecher’s subsidiary, Chameleon Brewing Company.

Sprecher Brewing Company is located at 701 W. Glendale Ave, Glendale, WI, 53209. Visit our Gift Shop, join us for a tour and sampling, or visit us on the web: www.sprecherbrewery.com.