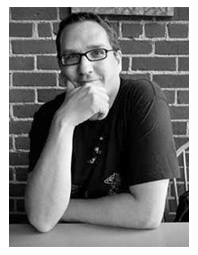 SAN FRANCISCO – The San Francisco Brewers Guild is pleased to announce and welcome Brian Stechschulte as it’s first full time Executive Director. He will assume the duties of the position on September 10, 2012.

Stechschulte brings five years of nonprofit and beer industry experience to the new role. He will be responsible for public and government relations, event planning, marketing, and will execute a strategic plan that enhances the activities and visibility of the Guild on a local and national level.

“After a decade of having our work limited by the time our members could devote to the Guild, we are thrilled by the prospect of what we can accomplish with a full-time director. This puts us in a position not just to achieve more of our local goals, but also to work more closely with other craft beer organizations at the state and national level to strengthen the craft brewing industry,” said Dave McLean, brewmaster and owner of Magnolia Gastropub & Brewery, and member of the San Francisco Brewers Guild Executive Committee.

Stechschulte earned a Bachelor in Fine Arts degree from the University of Michigan and a Master in Fine Arts from the California Institute of the Arts. Prior to joining the Guild, he spent five years as Gallery Director at the National Institute of Art & Disabilities in Richmond, CA, and has volunteered with the Guild since January of 2011. Stechschulte is also a beer writer, photographer, the founder and editor of BayAreaCraftBeer.com, and served as Communications Director for SF Beer Week 2012.

“San Francisco has a rich brewing history and rapidly growing craft beer culture,” said Stechschulte. “I’m honored to assume this position and work with the city’s brewers to promote their products, special events, and help them achieve greater recognition for their hard work.”

About the San Francisco Brewers Guild