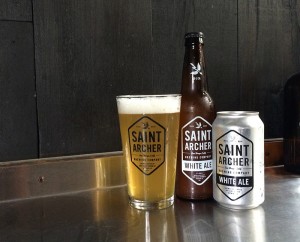 Recognized in the popular Belgian-Style Witbier category, with 65 total entries, the White Ale was released in February of this year and has quickly become a fan favorite, even faster than the brewers could have imagined.

“I have always loved this style of beer,” explains Kim Lutz, Head Brewer. “To make ours unique we use whole orange puree and hand-ground coriander to give it some big fruit and spice up front, but it still finishes very dry and crisp, keeping is sessionable… And it’s true to Belgian style.”

GABF, held in Denver, Colorado, and now in its 28th year, is the largest commercial beer competition in the world. Presented by the Brewers Association, GABF recognizes excellence in brewing and gathers almost 50,000 attendees to sample beers from over 1,300 breweries. With 222 judges from 10 countries, GABF is a true celebration of beer’s great ability to bring people together.

The Great American Beer Festival is the premier U.S. beer festival and competition Each year, GABF represents the largest collection of U.S. beer ever served, in a public tasting event plus a private competition. GABF brings together the brewers and diverse beers that make the U.S. the world’s greatest brewing nation. GABF was founded in 1982, and has been growing and evolving along with the American craft brewing industry ever since.