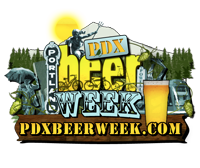 PORTLAND, OR – It’s Hop Harvest season and time to go back-to-school with Portland Beer Week for the Fresh Hops Workshop on Saturday September 22nd at Saraveza’s Bad Habit Room. Everyone loves hoppy beer and the Pacific Northwest is the central hops growing region in the entire world. But, how much do you really know about hops?

September is harvest month for most of the country, the one time in the year when hops are picked and can be used to make unique fresh/wet hopped beer with the undried cones which makes it the perfect time to explore the art and science of hops.

Portland Beer Week, in the spirit of fresh hop harvest season and educating craft beer lovers worldwide has put together a one-of-a-kind Fresh Hop Workshop with the wonderful team at Saraveza. This casual event features 4 of the first fresh hop beers of the season – Total Crystalation from Ninkasi Brewing, Killer Green from Double Mountain Brewing, IPX – The Freshmaker from Hopworks Urban Brewery and Wet Hop Simcoe Pale Ale from Breakside Brewery. Each of the breweries respective owners/brewers will be in attendance to talk about their beer and brewing with fresh hops.

Interactive aspects of the workshop include a Randall stuffed with fresh hops, hop infused olive oils with bread for dipping and tasting each’s properties, hop oils that can be used to dose a beer for flavor/aroma as well as a control batch of macro lager dosed and undosed and even the opportunity to hand French Press your beer with fresh hops. Later in the evening organizers will lead a discussion on brewing with fresh hops, growing and packaging hops and new regulations on Organic Hops. To discuss these subjects and more is a lineup of experts on the cutting edge of the industry.

Only 50 tickets for sale at $10.50, beers individually priced. Purchase your ticket now as they will likely sell out in advance. Tickets at: www.pdxbeerweek.co

In addition to having more breweries than any other city in the world, Portland enjoys one of the most advanced beer cultures — and a thirst for fun and educational craft beer events. Portland Beer Week aims to celebrate and expand that culture, not just by promoting Portland brewers and breweries, but tap houses, restaurants, food, and underexplored beer styles. Craft beer culture is not just about the beer itself but about the people, food, camaraderie, and education that comes along with this art form. The 2013 Portland Beer Week will take place June 6 through 16th.

Bad Habit Room is a private and public event space that shares the love of beer with its craft beer neighbor, Saraveza Bottle Shop & Pasty Tavern. Both venues focus on the celebration of craft beer, eating well & the enjoyment friends & community. http://saraveza.com/