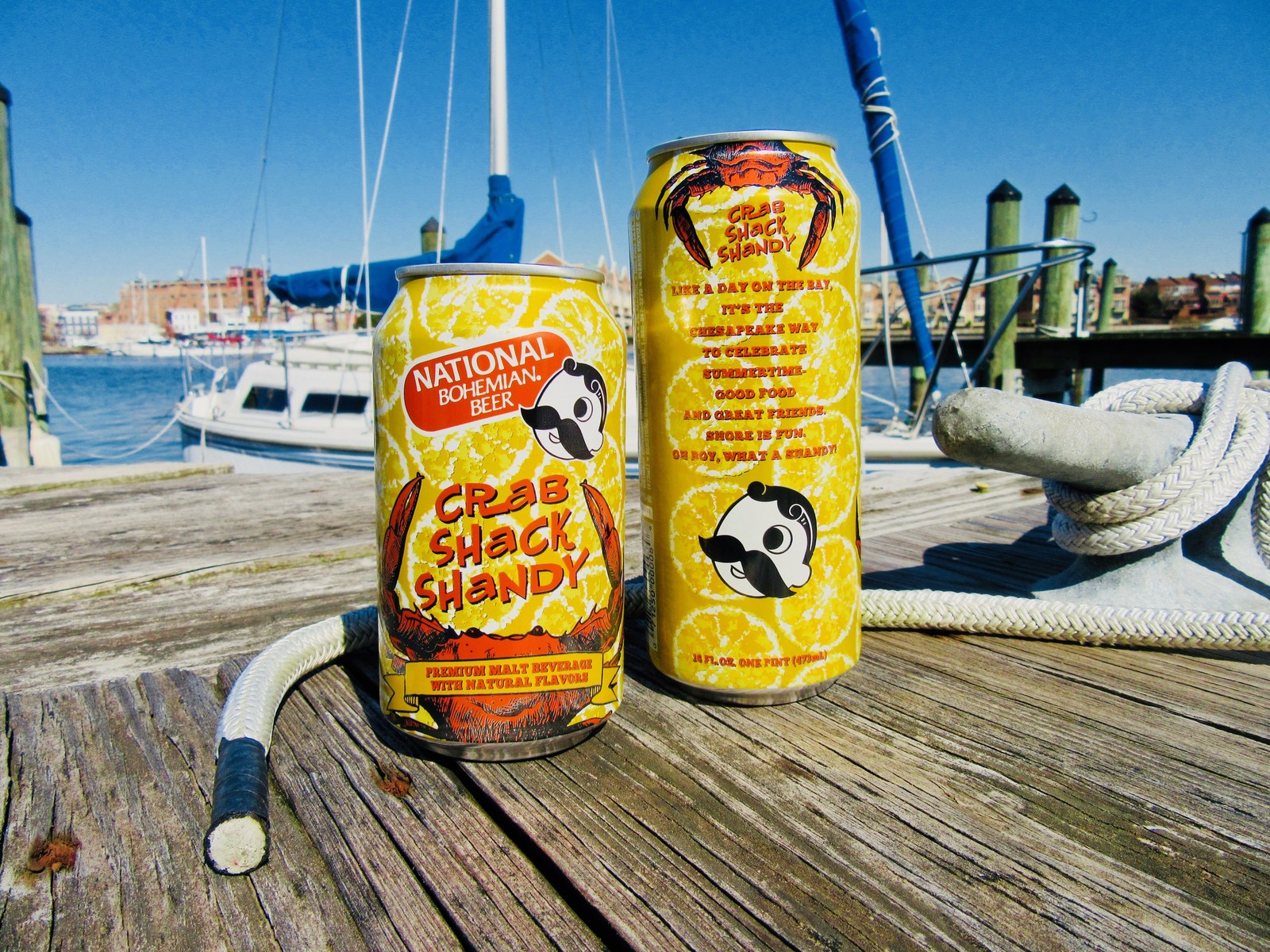 BALTIMORE — National Bohemian Beer Company today announced the release of National Bohemian Crab Shack Shandy, its first new beer to hit the market in over 30 years. The seasonal shandy is now available in select areas throughout the Mid-Atlantic through the end of the summer.

“We are incredibly excited to introduce Crab Shack Shandy,” said C-Mo Molloy, Natty Boh brand manager and Baltimore native. “Natty Boh has been a staple of this region since 1885, and our hope is that the Crab Shack Shandy will continue to build upon that legacy. We worked hard to create a brew for the summer season that truly represents the same laid-back, ‘pleasant living’ philosophy that the Chesapeake region is known for.”

National Bohemian Crab Shack Shandy is a golden straw-colored lager infused with notes of citrus and a hint of lemon and orange zest, overlaid with finely roasted malt flavor. Light-bodied and easy-to-drink, the shandy culminates in a white foamy head and a quick, dry finish.

“Crab Shack Shandy is a nod to simpler, more leisurely days and we hope our fans will raise a glass together whether on the Bay, at the ballpark or at a crab feast with friends and family,” added Molloy.

National Bohemian Beer was first brewed in Baltimore, MD in 1885. Known by locals as “Natty Boh” this crisp, refreshing, & easy-to-drink American Lager pairs best with the cuisine & lifestyle made famous by the Chesapeake Bay. Mr. Boh, the one-eyed, mustachioed face of the brand is recognized as the affable icon of “Pleasant Living” in the Mid-Atlantic. Supporting hometown sports and numerous local non-profits, Natty Boh is a staple of the local community. Most recently, National Bohemian’s Tabs for Crabs program has committed itself to helping “Save the Bay” through local blue crab research & habitat restoration, donating $10,000 to The Chesapeake Bay Foundation® in its inaugural year in 2017. To learn more, please visit NationalBohemian.com