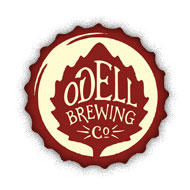 Odell brewed the pilot CocoaJoe Amber on November 27, 2012 and tapped the new beer this week. This pilot brew is available in Odell’s Tap Room located in Fort Collins, Colorado, about 65 miles North of Denver.

“After trying CocoaJoe’s brewing Cocoa, I thought it would be an interesting take on an old brewing technique. Using cocoa in beer is nothing new to brewers, but it is traditionally added to a heavy stout or roasty porter in the form of chocolate. The brewing cocoa is more closely linked to the source of the flavor, and adds a subtle complexity to a more medium bodied brew such as an amber.” said Eli Kolodny, Odell Brewing Company’s Quality Control Manager and brewer of CocoaJoe Amber.

Odell has a history of experimenting with new innovative beer products. Presently there are 12 pilot brews available exclusively in their Tap Room. The CocoaJoe Amber is a pilot brew that could be released to the public based on its popularity with initial customers.

“We are very pleased to have Odell Brewing Company choose our premium brewing cocoa for a pilot brew, and honored they named it CocoaJoe Amber. CocoaJoe’s high quality, hand crafted, all natural brewing cocoa is the perfect complement to Odell’s long standing tradition of brewing hand-crafted, high quality, innovative brews.”

CocoaJoe is a Denver-based company that produces hand-crafted, artisanal batches of 100% natural and organic premium brewing cocoa. The company is dedicated to educating the world on the health benefits and great taste of this new, yet ancient, beverage. CocoaJoe endeavors to improve the world one cup at a time. The company is committed to purchasing organic cocoa beans from Fair Trade and ethically traded and sustained farmers. To learn more about CocoaJoe or to order their premium, organic brewing cocoa visit http://www.drinkcocoajoe.com.

Founded in 1989, Odell Brewing was started by Doug Odell, his wife Wynne, and his sister Corkie. Twenty-three years later, the culture of family and collaboration still thrives fostering a brewery full of beer-centric people. It is this passion for beer that inspires Odell Brewing to create quality, hand-crafted, innovative brews. As a regional craft brewery, Odell Brewing is committed to serving the communities in which it distributes by sourcing local raw materials, and through its charitable giving program known as Odell Outreach. Odell Brewing was recently named a “Top Company of 2010” by ColoradoBiz Magazine and is an award winning brewery, nationally and internationally: 2012 Brewers Association Recognition Award, 2011 Great American Beer Festival┬« — gold medal for Friek. 2010 North American Beer Awards — gold medal for Woodcut No. 3. 2009 BrewNZ Awards — gold for 5 Barrel Pale Ale. 2008 World Beer Cup┬« — gold for IPA. 2007 Great American Beer Festival┬« —gold medal for IPA.