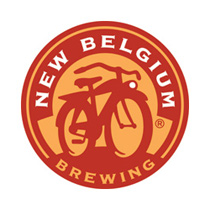 FORT COLLINS, CO – New Belgium Brewing is pleased to announce that Jay Richardson, Director of Production and IT at the Fort Collins brewery, will assume the role of general manger at New Belgium’s second brewing facility in Asheville, North Carolina. Richardson is a 9-year New Belgium veteran having led both the IT and Production teams during his tenure. Prior to his work with New Belgium, Jay spent many years in business systems consulting and IT leadership positions.

“I am incredibly honored and motivated by my co-workers’ confidence in me to work in this new role,” said Richardson. “I look forward to working more closely with the team that has done so much to make this expansion a reality. My family and I are truly excited to become active members of the Asheville community.”

Richardson will begin transitioning into his new role in 2013 and expects to relocate with his family in 2014 prior to the brewery’s opening in 2015. As General Manger, Richardson will oversee all phases of planning, business administration and project management at the brewery. In addition, he will ensure that all decisions and actions in Asheville are in line with New Belgium’s vision.

“Jay has done an amazing job for us over the years and has proven his leadership skills at every turn,” said New Belgium CFO/COO, Christine Perich to whom Richardson will report. “We are very fortunate to have him ready and willing to lead our team in Asheville.”