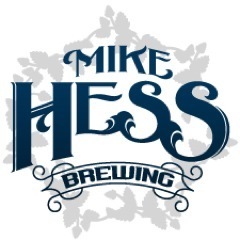 San Diego, CA – Mike Hess Brewing (MHB) is bringing their beers to market in cans. Late last week, the first of the brewery’s line of flagship beers (in beautiful cans!) became available in select stores all over San Diego County, and will be followed closely by availability in Phoenix, Arizona, during the first week of April.

“When it came time to pick a package for our beer, we wanted something that first and foremost was great for our beer,” says owner Mike Hess. “We chose cans for all the right reasons, including its imperviousness to light or oxygen and for the fact that cans go everywhere bottles cannot. From the beach and golf course to the sailboat, tailgate, desert or mountains, our cans provide a lightweight, highly recyclable package that delivers quality and sustainability. Plus they look freakin’ awesome!”

Mike Hess Brewing is distributing their beers in 4-packs of pint cans. They chose the environmentally friendly SuperEnd┬« lid, which reduces metal use by 10%, resists bending more than traditional lids and improves pouring characteristics, an especially important trait for craft beer. Mike Hess Brewing is the only brewery to distribute canned beers in a handled-carrier package, which has until now been in the exclusive realm of bottled beers.

To expedite distribution, the rollout is a two-part process. Available on the shelves now is Grazias, a Vienna Cream Ale heralded by a New York Times writer as “unlike anything else I tasted, gently nut-toasty but refreshing all the same.” These orange cans feature the first of five critters, the hippocamp (seahorse), designed to complement the MHB coat-of-arms.

On Tuesday this week, Grazias is joined on the shelves by Habitus, MHB’s flagship IPA, a spicy rye IPA known by their fans for its hop nose, subtle citrus flavor and drinkability.

Following hard on the heels of these two beers is the remainder of their flagship line—Jucundus (an Orange Honey Wheat), a K├Âlsch-style beer called Claritas, and Solis Occasus, a rotating recipe IPA that always has an ABV of 7.5% but uses different malt and hop combinations for each release.

The cans are filled using a Wild Goose Engineering line that processes 9 cans at a time with a depalletizer, a twist/rinse loader and a 4-head filler, running at 32 pint cans per minute. Cans exit the line through a water rinse and an air-knife to dry before they are packaged into carriers and cases.

Mike Hess Brewing is one of the premier craft breweries in San Diego, a destination for local craft beer fans and tourists as well as aspiring small craft breweries. From humble beginnings, Mike

Hess Brewing has grown to include two locations in San Diego; the original “nano” in the Miramar area of San Diego and their showcase production brewery in North Park. The newest location is kid- and pet-friendly, and features a skybridge allowing guests to walk directly over the brewhouse.

2013 saw massive growth for Mike Hess Brewing, moving from the County’s first legitimate nano- operation to a full micro, with the installation of an automated 30-barrel brewhouse from Canadian manufacturer Newlands Systems. Fermentation space increased by nearly 5,200% (from 440 gallons to 750 barrels), in their new, world-class brewery and tasting room located in the North Park area of San Diego.