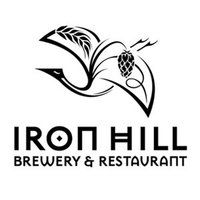 WILMINGTON, Del. — On Friday, August 2, beginning at 5 p.m., celebrate National IPA Day with Iron Hill Brewery & Restaurant. IPA Day is officially celebrated on Thursday, August 1, but Iron Hill decided to extend the party intoFriday to kick-off the weekend. The group will pour a different house-brewed IPA at each of their nine award-winning locations.

“As American craft brewers, the IPA is a style very near and dear to us — because craft brewing in the country really took off when beer lovers discovered that there was more to beer than light pilsners and set out to investigate fuller flavored styles, many of them beginning with IPAs,” says Director of Brewing Operations Mark Edelson.

Each location will pour a different IPA created by each Iron Hill brewer to celebrate IPA Day:

┬º at Chestnut Hill, PA, Hop Addict IPA, a west coast style IPA brewed with a variety of hops including, Cascade, Centennial, Amarillo, Columbus and Citra, which impart flavors and aromas of citrus and tropical fruits.

┬º at Lancaster, PA, Hop Stinger, a golden American IPA loaded with citrus-y hops for flavor and aroma, and brewed with 60 pounds of local honey.

┬º at Wilmington, DE, Yippee-Ki-PA, an American IPA with a robust hop flavor and an aroma of citrus and pine, and Hans Gruber, a Bohemian-style pilsner with a combination of American hops and classic Saaz hops.

Founded by home brewers Kevin Finn and Mark Edelson and restaurateur Kevin Davies in Newark, DE in 1996, Iron Hill Brewery & Restaurant has blossomed from one restaurant and brewery to nine locations across the mid-Atlantic with a tenth location in Voorhees, NJ scheduled to open in August 2013. Each restaurant is dedicated to producing and serving top-quality hand-crafted beers and cuisine in a warm and hospitable setting, and all are open seven days a week for lunch and dinner.