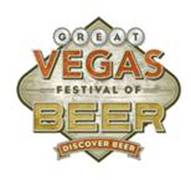 Las Vegas — The 2014 Great Vegas Festival of Beer will embrace and transform the streets of its new home in Downtown’s Fremont East Entertainment District with a full lineup of craft beer-infused elements, including the Gastropub dining pavilion, the Human Arcade with pub games and music, and the BrewLogic area with presentations from master brewers and Cicerones on Saturday, April 26 from 4 to 8 p.m.

“We really challenged ourselves this year to create an experience that will be super exciting to the beer enthusiast and equally approachable to the casual, or even infrequent, beer drinker,” said Brian Chapin founder of Motley Brews. “With new additions like the Gastropub and the Human Arcade, this has become as much about the lifestyle surrounding craft beer as it is about the brews themselves, and we’re really excited to see the way people embrace the new location and these new elements.”

Expanding on the craft beer culture, the 2014 festival will have endless offerings as it aims to showcase Las Vegas’ burgeoning craft beer market for both locals and visitors. What Chapin calls “more than just another beer fest,” this year’s festival will introduce some great educational and culinary elements to enhance the craft experience.

Introducing a more beer-inspired culinary element to this year’s festival, the Gastropub focuses on how craft beer fuels recipes and accentuates the way food is enjoyed. Local restaurants and breweries have partnered to create complex, beer-infused menus with highlights including dishes from Naked City Pizza, Desnudo Tacos, The Goodwich, Brooklyn Bowl, Stack, Fat Choy, Echo & Rig, Lulu’s Bread and Breakfast and Chef Mike Minor’s new Truck U Barbeque food truck. These culinary marvels will be cooking up one-of-a-kind dishes inspired by craft beers, such as Naked City’s Lamb Meatball Pizza or Brooklyn Bowl’s Sweet and Spicy Catfish. Food in the Gastropub will be available for purchase and is not included as part of the festival ticket.

Out of the sun and inside Fremont Country Club, the Human Arcade will bring out the crowd’s inner child with “grown-up” twists on classic party games like giant-Jenga, bean bag toss and “bear pong.” Across the playing field, festival-goers will get their groove on at the “Silent Disco,” where guests donning headphones can tune into a variety of live DJ sets and hit the dance floor. Throughout the festival, live performances by Las Vegas’ very own Rusty Maples and Los Angeles-based Crash Kings will entertain those wandering Fremont between sips.

With Vegas being home to some of the industry’s leading mixologists and cicerones, the BrewLogic series invites beer enthusiasts of all levels to sit in on casual talks and demonstrations as well as participate in guided tastings to enhance their craft beer knowledge. The festival’s new series creates the unique opportunity for guests to form a better understanding of craft beer and new appreciation for their favorite beverage.

While more than 80 breweries will be representing more than 250 unique beers, a surefire favorite at this year’s festival will be the official festival beer, Sweet ‘N Funky Desert Junkie. Brewed by Joseph James Brewing Company exclusively for this year’s festival, the beer is a Honey Blonde Ale, brewed with local desert honey for a subtle sweet flavor and aroma, two-row malt and saaz hops. The beer’s name and logo were both created by Las Vegas locals through a social media contest.

An exclusive VIP area, known as the Brewers Lounge, will take root at the centrally-located Commonwealth. VIPs will get exclusive access to beer cocktails, reserve pours and small, beer-inspired plates crafted and served by the neighboring La Comida.

Get the latest news on all Motley Brews events by following on Facebook (Motley Brews) and Twitter (@MotleyBrews).