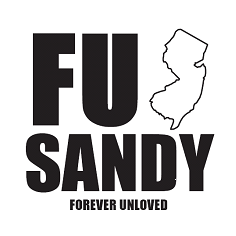 Founder Gene Muller and many Flying Fish employees are proud NJ residents, and they hope that by brewing and selling this special beer, they can help to support the renaissance of the iconic but heavily storm-damaged Jersey shore.

“At Flying Fish, we proudly hail from the great state of New Jersey, so when tragedy struck, we knew immediately that we wanted to do something to help,” says Muller. “Every single aspect of this beer, from the man-hours spent brewing it to the hops used to season it to the kegs that will contain it, has been donated so every cent brought in goes to Superstorm Sandy victims.”

The F.U. Sandy brew will produce approximately 100 kegs of beer, sales of which will generate $50,000 directly towards a charity. The recipient of the F. U. Sandy funds will be a grassroots NJ-based charitable organization dedicated to Superstorm Sandy relief and chosen by Flying Fish fans via social media. To nominate a charity, visit the brewery on twitter@jerseyfreshale and on Facebook. The beer will be available beginning in February, exclusively on draught, throughout the New Jersey and Philadelphia region.

F. U. Sandy is brewed with a 50/50 blend of Two Row Pale Malt and American White Wheat. It is hopped with experimental hop ADHA 483, donated by the American Dwarf Hop Association, which has never been used in a beer before this one. Muller and Head Brewer Casey Hughes expect a beautiful, tropical nose of mangoes and guavas that will accentuate the beer’s soft mouthfeel and contribute to a truly one-of-a-kind ale — much like their beloved Jersey shore.

In 2012, Flying Fish moved into a new facility in Somerdale, making it the largest brewery built in the state since prohibition. The move will allow Flying Fish to quadruple production. The facility boasts many sustainability features to brew beer in the most environmentally friendly way possible. Flying Fish produces a range of beers year-round as well as some seasonal specialties. They also produce the Exit Series, a special selection of beers highlighting the state through the various turnpike exits.