Regulators in Massachusetts are investigating whether brewers and distributors in the state are offering up cash and other incentives to retailers in exchange for guaranteed product placement, an illegal practice known in the beer industry as ‘pay-to-play.’

As reported this morning by The Boston Globe, the Alcoholic Beverages Control Commission (ABCC) has issued subpoenas to a number of businesses in the state, including Harpoon Brewery, Night Shift Brewing, Idle Hands Craft Ales, unspecified members of the Beer Distributors of Massachusetts, and retailers. Additionally, Yuengling Brewery, which is based in Pennsylvania, but launched distribution in the state earlier this year, was also subpoenaed, the article added.

The Globe obtained one such subpoena issued to a craft brewer that “requested copies of documents such as invoices, credit memorandums, and contracts related to promotional items and events or the installation of equipment such as tap lines.”

Each of the breweries the Globe spoke with denied participating in pay-to-play practices.

Bill Kelley, president of the Beer Distributors of Massachusetts, a trade association that advocates for the state’s beer wholesalers, issued a statement to Brewbound confirming that the organization is aware of the ongoing investigation.

“Those industry members who have been contacted in connection with this inquiry co-operated with the ABCC investigators,” he said in the statement, adding they will “continue to cooperate and respond timely to the ABCC.”

Jon Carlisle, communications director with the ABCC, would not disclose what the agency is looking for specifically as the investigation is ongoing, but said it “isn’t limited in scope.”

“We’ll look at anyone who the trail leads us to,” he said.

The debate surrounding pay-to-play in Massachusetts grabbed headlines in October when Dann Paquette, co-founder of Boston’s Pretty Things Beer & Ale Project, took to Twitter in the middle of the night to lambaste the practice as pervasive, giving the topic its own hashtag in the process: #DirtyLines. 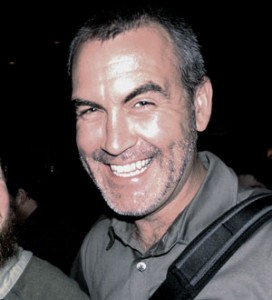 When reached by phone this morning, Paquette said he was not among the state’s brewers that received a subpoena from the ABCC as part of its latest investigative effort, adding that he just wants to see the industry driven by good beer rather than illicit inducements.

“[I hope] the local beer industry can become merit and quality based,” he said. “In the 22 years that I’ve been working, it hasn’t been.”

Though Paquette said the practice has been going on for two decades, Carlisle said it was something that had not previously been brought to the agency’s attention.

“The ABCC is charged with enforcing the liquor laws of the Commonwealth, preventing underage service at bars and clubs and preventing overindulgence in bars and clubs,” said Carlisle. “In this case, this was something new, we hadn’t seen this before. When it was brought to our attention, we dedicated the appropriate resources to it.”

In October, Chris Lohring, founder of Notch Brewing, told Brewbound he was unsure the ABCC had the proper resources to enforce pay-to-play rules, something Carlisle refuted both then and now.

According to the Globe, just two of the agency’s 14 inspectors are investigating the pay-to-play allegations on a part-time basis. Carlisle said he didn’t know “exactly” the breakdown of the members assigned to the investigation, but said the Globe likely received accurate information. It’s worth noting that at one point during the 1980s, the agency had as many as 40 inspectors, the Globe said.

While the Globe reported that punishments for guilty businesses could be as lenient as a warning or as severe as a suspension or complete revocation of a liquor license, Carlisle told Brewbound that it’s too “premature to speculate” what any penalties might be for businesses found in violation of the law.

“If the allegations are proven true, I think it’s safe to say strong corrective measures will be implemented.”