Ordinarily a new product release wouldn’t be so newsworthy but the launch of Omission marks the first time a U.S. craft brewer has been able to produce a gluten-free beer while still using malted barley in the brew process.

Gluten-free has been growing. Recently Dogfish Head introduce its gluten-free offering, Tweason’ale, to some early success out of the gate. Craft Business Daily reports that after shipping 13,000 cases of Tweason’ale during the product’s initial launch, the brewery will now produce bigger batches in April, August and December.

The release of Omission Beer comes just a few months after a study published in the Journal of Proteome Research found that eight commercial beers currently labeled as “gluten-free” contained as much gluten as regular beer.

But CBA’s CEO, Terry Michaelson said he is confident that Omission’s gluten levels will check in well below the internationally accepted standard of 20 parts per million and said he is even willing to share the test results to prove it. We asked Michaelson a few questions regarding the introduction of the Omission brand into the CBA portfolio and the gluten-free beer market. Here is what he had to say.

Brewbound: How is it possible that Omission is gluten-free but brewed with malted barley? Do you expect to get a gluten-free certification from the FDA? 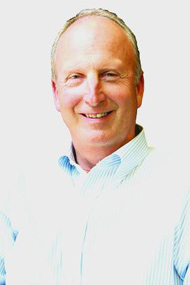 Terry Michaelson: Omission beer is brewed with malted barley, but we’ve developed a proprietary process to reduce the gluten levels to well below the internationally accepted gluten-free standard of 20 parts per million of gluten. We are currently working with the TTB and the FDA to update the definition of the term ‘gluten-free.’

BB: Are you using a specific type of barley?

TM: With Omission Pale Ale and Omission Lager, we are using low protein barley to help minimize the initial gluten content of the beer. We recognize that there may be limitations to our process based on styles and ingredients, but we are committed to bringing consumers great tasting craft beers that happen to be gluten-free

BB: How do you plan to market the product and educate consumers?

TM: The inspiration behind Omission beers was personal. I am a 12-year celiac, our brewmaster’s wife is a celiac, as are several other members of our team. As we roll this out in Oregon, we’re going to share our story, our passion for great craft beer and our excitement to bring a new, great-tasting craft beer to market that anyone of legal drinking age, including those with celiac disease or other gluten sensitivities can enjoy. We’re also going to talk about the extensive testing that Omission beers go through to ensure that every batch of Omission beer is well below the international gluten-free standard of 20 ppm. In fact, each bottle of Omission Beer caries a date stamp connecting the brew to its specific batch. Consumers can visit www.OmissionTests.com, type in the date code stamped on their bottle, and see that beers’ test results.

BB: What challenges do you face when presenting this to the consumer?

TM: One of the biggest challenges with Omission is the fact that our beers are brewed with malted barley. We’re addressing this issue directly by making test results for every batch available to consumers.

BB: What are your thoughts on the gluten-free market? How big can this thing get?

TM: An estimated three million Americans have celiac disease, including several members of our team. Our mission to brew a great-tasting, gluten-free, barley-based craft beer was personal — we all want to be able to enjoy a good craft brew. This is a game-changer for the gluten-free and craft beer communities and we’re excited to lead the charge.